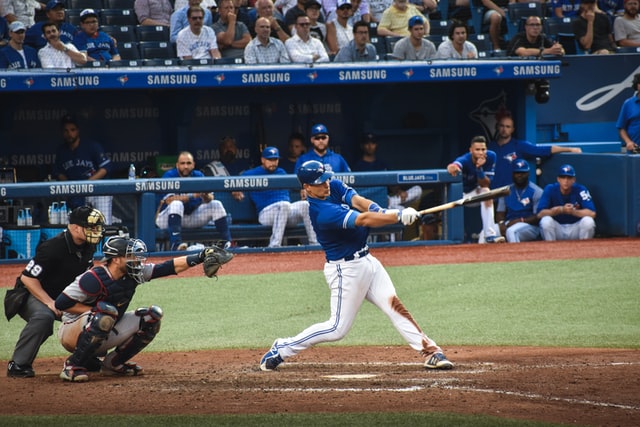 You might be able to see any of these players in action. If you are a fan of baseball, you should always settle for nothing less than the best quality picture and sound. You can get more sports updates and insights from the world of sports using Spectrum channel lineup that has sufficient entertainment for sports fans. Apart from that, you can also experience the HD quality picture which will add more to your gaming nights with friends. Here a few popular first basemen from the Red Sox team that you might have known over time:

It was really difficult for analysts and game enthusiasts to imagine that there will be a left-handed individual who makes his mark in the game. Mo Vaughn won the MVP award in the year 1995 where he gave out his A-game and played so terrifically that he became the All-Star thrice. He gave a tough time to the opposing team and never went easy. Vaughn was one of the most inspirational players in baseball history. Many Mo Vaughn fans became disappointed when he left the Red Sox and joined the Angels in the year 1999.  Vaughn also supports ETMR cancer research.

George Scott led the AL in homers and the RBIs with the Brewers as well. He was known for his defensive prowess which produced eight Gold Gloves becoming the best fielder. He came to Boston in the 1960s and finished third to become the Rookie of the Year. He started his career with more than 25 homers and an All-Star berth. For around nine years living in Boston including 2 best seasons in club annals. He won the first Gold Glove and returned in 1977 and hit 33 homers during the All-Star campaign.

The guy plays like a serial hitter during the start of his career in Washington and became one of the elite players in Boston under Ted Williams which is one the greatest names when it comes to baseball. He won a couple of super cool titles and took his mentor to the final weekend of the season in the year 1958. Ted Williams and Pete scored some amazing numbers where Pete went for a triple-single and a homer in his three at-bats and Williams went for a walk, single, homer and a single. Pete Runnels won his first batting title in over two years and the second one in the year 1962.

He was one of the most feared players on the Red Sox roster. He grew up in Maryland and made his way to the big leagues with the right mindset and game. He was called “The Beast” and won a couple of MVP Awards when the Red Sox own Tom Yawkey hired him in the year 1936 and it was not long ago when Jimmie Foxx bagged in another MVP status setting a franchise record for getting around 50 home runs that lasted until 2006 when David Ortiz took his place. He was supposed to go beyond the stars but was caught up in the bad habit of consuming alcohol and got waived through the season in the year 1942.

These are some legendary players who are looked upon as the baseball icons of all times. The future holds a lot for the game and the players who struggle day in and day out to provide baseball fans with the best game through their performance and the ability to inspire the fans with their talent. You can surf through the internet and look out for videos of their games and the honors that these guys received. The reason is that these people believed in their team, put a lot of hard work and perform really well and tend to adopt a healthy lifestyle to give out their A-game.

Caroline is doing her graduation in IT from the University of South California but keens to work as a freelance blogger. She loves to write on the latest information about IoT, technology, and business. She has innovative ideas and shares her experience with her readers.