Who has beaten Muhammad Ali? 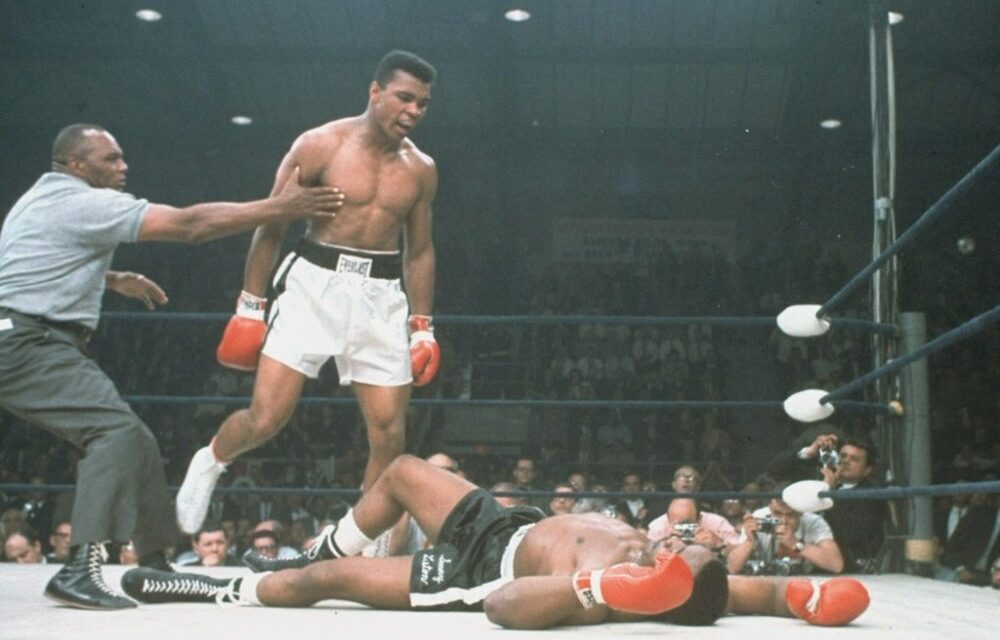 Muhammad Ali was labelled by “Sports Illustrated” as the best athlete of 20th century in any sport. This historic decision took place on December 2, 1999. Ten days later, he was named “BBC Sports Personality of the Century” at the millennium’s last awards ceremony. The legendary boxer with a professional career spanning above as many as 21 years was and still is indeed among the most iconic sportsmen of the last century. Despite the awesome Muhammad Ali workout routine some of the players were still able to beat him.

On January 17, 1942, he was born in Kentucky with the name, Cassius Clay. His name changed only after conversion to Islam in 60s. By the young age of 18, he had already won the light heavyweight division gold medal at Rome Olympics in 1960. When he turned pro, he managed to win WBA, WBC and the heavyweight title defeating Sonny Liston in 1964 at only 22.

He bravely fought with the world’s best boxers like Joe Frazier and George Foreman during an illustrious and lengthy career. In 1964, 74 and 78, he managed to win the heavyweight world championship becoming the only boxer in history to win it 3 times. Best boxing gloves magazine, “Ring” named him “Fighter of the Year” as many as 6 times (another world record) in 1963, 66, 72, 74, 75 and 78.

It is almost a miracle that in such a long professional career, he was defeated only 5 times. The first defeat occurred on March 8, 1971 when he clashed in the ring with another heavyweight boxing giant, Joe Frazier at Madison Square Garden. In a match claimed to be “Fight of the Century” for WBC/WBA world titles, Muhammad Ali was defeated in the epic battle of 15 rounds by a unanimous decision based on points. Joe Frazier had attacked Ali on the ropes making him hitting the deck by a left hook in the last round.

The 2nd instance Ali met his rival was on March 31, 1973 in a split decision loss after fighting for twelve rounds against Ken Norton in San Diego for NABF heavyweight crown. Due to ten consecutive victories, Ali was an inevitable favorite with expectations of breezing through the underdog, Norton, an ex-marine.  An injury had troubled Ali’s training and he had clearly underestimated his rival. In the 2nd round, Ali had a broken jaw. He kept on fighting till the end but eventually lost to a comparatively underrated opponent.

Muhammad Ali again met his rival on February 15, 1978 in a loss based on split decision after fifteen rounds of intense competition with Leon Spinks for WBC/WBA heavyweight titles at New Orleans. Leon, also a former marine, had already managed to win the Olympic gold (1976). This epic fight against Muhammad Ali happened to be his 8th pro boxing match. It is said that Spinks had trained severely whereas Ali had only sparred maybe due to over-confidence. Although Spinks had a muscle injury but his hard work paid off as, in the end, he did manage to defeat Muhammad Ali.

Muhammad Ali’s 4th loss took place on October 2, 1980 in an intense fight against Larry Holmes during boxing for WBC world heavyweight crown in Las Vegas. A momentary outdoor arena of almost 25000 seats was made for the epic contest. Muhammad Ali was aspiring to attain the championship 4 times and it is claimed that he managed to earn as much as 8 million dollars (a record) for a single memorable fight. Later, it was reported that he had already shown symptoms of Parkinson’s disease and was actually struggling in the medical examination before the match. The battle was ended by his trainer after the tenth round. There was no knockdown but the 3 judges clearly saw Holmes dominating and, thus, winning the extremely tight contest.

The last time Muhammad Ali was defeated was on December 11, 1981, during a non-title match with Trevor Berbick at Queen Elizabeth Sports Centre. The panel of expert judges, after a mutual decision, granted a points based victory to Trevor Berbick who was 27. Before the start of this fight, American Boxing Commission had denied the license to a 39 year old Muhammad Ali as a result of his worsening medical condition. However, Bahamas did grant him the license despite the fact that this match was later called as a disaster. In 61 matches, Muhammad Ali won 56 times which included 37 knockouts plus 19 points based victories. He eventually retired from the world of boxing at 39 in 1981. Thus, in an undoubtedly exceptional career, he lost in the ring only 5 times.

This professional story of Muhammad Ali proves a very important point worthy of attention and deep thought for people who are very serious about life. Genius and legendary individuals like him, Bruce Lee and Michael Jackson were at the end of the day mortals who had both ups and downs. The word “perfection” doesn’t exist in the human dictionary at all irrespective of the level of greatness in anything by anyone for that matter. Champions are champions, not gods!