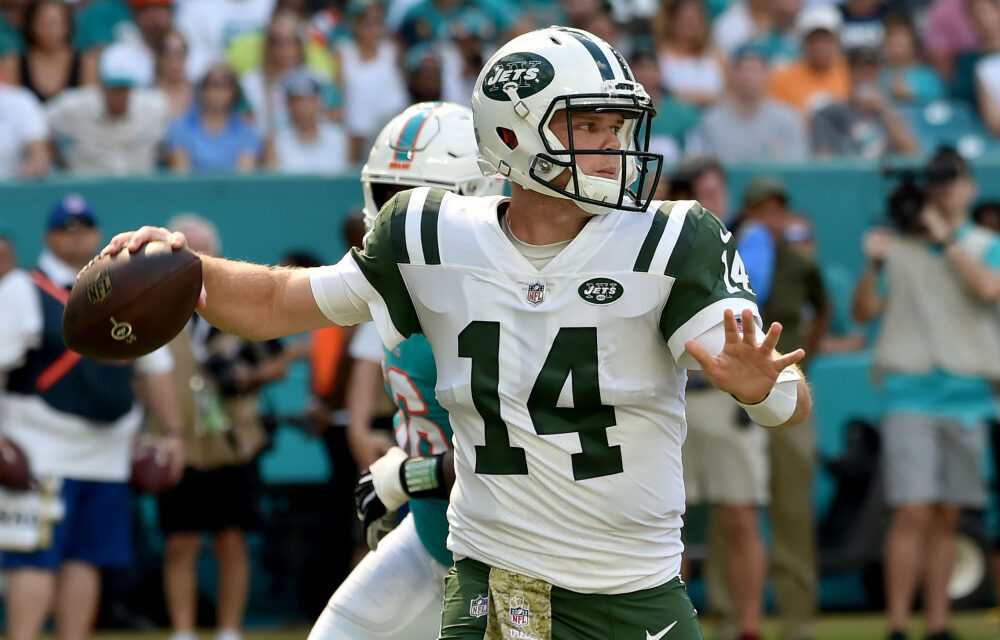 For some NFL players, the 2019 season will be a chance at redemption after a not-so-good 2018. Many of those players didn’t perform at the level they’re capable of, but changes in the offseason have set them up to have a breakout year in 2019. These players could be great bargains if you are playing daily fantasy. You could also consider wagering on their team this coming NFL season. If you’re interested in betting on football Leia Mais here to learn about the special bonuses you can earn for placing a bet.

Here are five breakout candidates for the 2019 season.

1. Sam Darnold Darnold’s rookie season was a forgettable one with 15 interceptions to just 17 touchdown passes, but the former third overall pick showed flashes that would suggest the Jets have a franchise quarterback on their hands. Now that Darnold will be coached by quarterback whisperer Adam Gase, there’s a good chance we see a better version of the USC product in 2019. And having Le’Veon Bell in the backfield shouldn’t hurt either.

2. Kerryon Johnson Johnson might have had a chance at a 1,000-yard rushing season if a knee injury didn’t cut his rookie campaign short by six games. He finished 2018 with 641 yards for the Lions before going on injured reserve. But with former Seattle Seahawks offensive coordinator Darrell Bevell joining Detroit’s coaching staff in the offseason, Johnson should be in line to get a heavy workload next season.

The Seahawks ran the ball a ton last season, and the reason behind the Lions’ decision to hire Bevell was that he could bring that same offensive mindset to Detroit. Johnson might not get all of the carries in 2019, but he should see a good chunk of them based on what he did last season.

3. Chris Godwin With DeSean Jackson returning to Philadelphia for the 2019 season, the No. 2 receiver job in Tampa Bay will likely go to Godwin, who impressed as a sophomore despite playing behind Jackson and Mike Evans. The Penn State product had 59 catches for 842 yards and seven touchdowns last season, and it’s possible those numbers could be even better in 2019 as the second option for the Buccaneers.

4. Jaire Alexander Having started 11 of the 13 games he played in as a rookie, Alexander’s first year with the Packers was a success by most standards, but the former first-round pick isn’t going to settle for just good. He told reporters that he sees himself making the Pro Bowl and the All-Pro team in 2019. And as one of the projected starters in Green Bay’s secondary next season, Alexander will have every opportunity to reach his goals.

5. Marcus Davenport As one of the top 15 picks in the draft a year ago, there was a lot of hype that Davenport could provide New Orleans with some much-needed pass-rushing opposite Cameron Jordan. But to the surprise of a lot of people, Davenport didn’t even come close to meeting those high expectations. He was unable to crack the starting lineup for the Saints, and he finished with just 4.5 sacks in 13 games played. But with Davenport projected to start opposite Jordan in 2019 after losing Alex Okafor in free agency, the hope is that the former first-round pick can finally flip the switch.