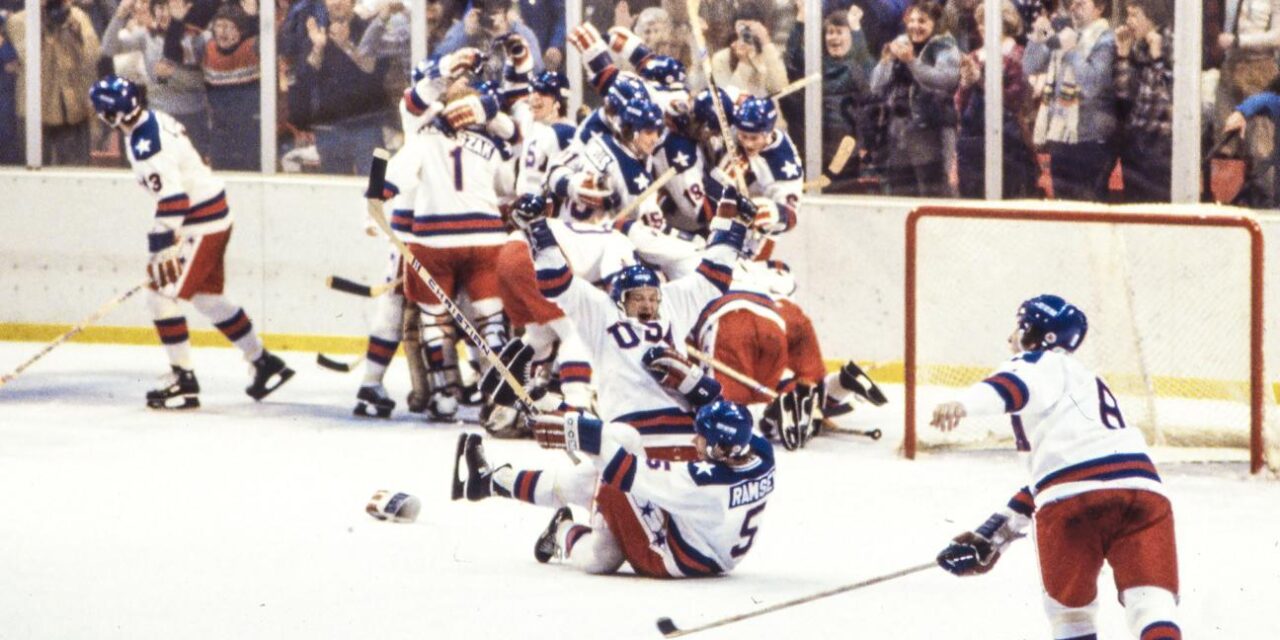 USA Hockey’s 1980 Olympic hockey gold medal victory at Lake Placid, N.Y. is more familiar by it’s commonly heard nickname, the Miracle On Ice. Upsetting the mighty Soviet Union powerhouse squad made those U.S. players household names. The Winter Olympics wasn’t as big a deal in 1960 when the Americans also won the gold medal in hockey in Squaw Valley, Calif., again toppling the Soviets and the reigning world champions from Canada.

The USA hadn’t earned a podium finish since that shocking 1960 gold medal. The Americans finished dead last at the 1971 world championship.

“Miracle on Ice” by Steve Powell/Getty is licensed under CC BY 3.0

What’s also forgotten is that it was a medal earned on the back of military fortitude and discipline. Six members of that 1972 U.S. Olympic hockey squad were veterans – Sp. 4 Henry Boucha, PFC Tim Sheehy, Pvt. Charlie Brown, Sp. 4 Stu Irving, Pvt. Pete Sears and Sp. 4 Dick McGlynn. They were the only veterans to win medals for the USA at the Sapporo Olympiad.

Their military training certainly fit right in on a team that coach Murray WIlliamson built around discipline and physical conditioning. “The coach’s tactic was that we were never going to lose a game because of conditioning,” defenseman McGlynn remembered to author Kevin Allen in the book Star Spangled Hockey.

Servicemen are eligible to train and participate in the Olympic Games with the approval of the U.S. government. In 1955, Congress passed Public Law II, which created the policy that no qualified athlete should be denied the honor of representing the nation in international competition, directing the service secretaries to provide opportunity for qualified persons to volunteer, prepare for and compete in authorized international sport.

The Ultimate Call Up

Getting the call to the big time is the ultimate goal of every athlete, but perhaps no call up in sports history could equal the one that Irving received just prior to the 1972 Winter Games.

He’d played Canadian junior hockey in Thetford Mines, Quebec during the 1968-69 season when Irving was drafted in the U.S. Army. He returned home, reported to Fort Dix for infantry basic training and in 1970, was shipped out for combat duty in Vietnam.

“They were looking to add another player,” recalled Hockey Hall of Famer Mark Howe to the Windsor Star. The son of hockey legend Gordie Howe was a 16-year-old teenager on that 1972 team, making Howe the youngest American Olympic hockey player.

Irving was stationed in the Mekong Delta.

“I don’t imagine he had to think too long about it,” Howe said of Irving’s choice to leave Vietnam to suit up for the Olympics.

Looking to keep his hockey skills sharp while in active combat, Irving had his father shipped him hockey sticks and pucks. In 120-degree heat, he would often fire pucks around his fox hole, much to the puzzled astonishment of others in his unit.

“Mike Eruzione” by NHL is licensed under CC BY 3.0

He’d been given a 48-hour pass to attend a tryout for the U.S. Olympic team before being shipped out to Vietnam. Finally in the fall of 1971, Irving was assigned to temporary duties in Minneapolis that enabled him to attend the final tryout camp for the U.S. team.

“Stuie’s story, to know the full details – here’s a guy in the Mekong Delta, if he gets cut, he’s going back,” Tom Caraccioli, author of Striking Silver, told collegehockeynews.com.

Five of the six veterans on the 1972 USA Olympic team would go on to play pro hockey. Boucha, a Minnesota high school hockey legend, played six NHL seasons. He scored 19 goals for the Detroit Red Wings in 1973-74.

Sheehy played briefly in the NHL, but was a two-time 30-goal scorer and an Avco Cup champion in the WHA. McGlynn also played in the WHA.