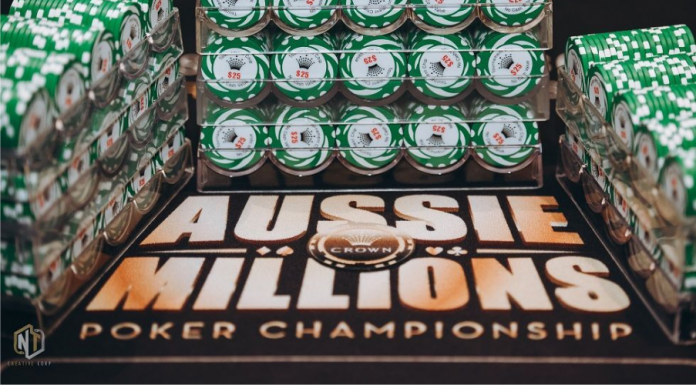 Its mid-November and people are slowly getting ready for the upcoming Christmas festivities, and all that it entails. Poker players from around the world are winding down and preparing to spend some time with their loved ones and enjoy some time off from the game we all love.

When it comes to live poker tournaments across the world, there are 3 major events that stick out compared to others. We have of course the World Series of Poker which is held in Las Vegas every year, attracting thousands and thousands of players who want to participate in some or as many of the events as possible. This year was a special year for the event as it was the 50th event held since its inaugural event.

Given that the event was celebrating its 50th anniversary, organizers had set it to be one of the most impressive events held, with tons of different tournaments catering to all types of players. While it takes years of practice to get to one of these events, you can click here now and start your own journey to the festivities. A total of 73 was played during the 6 weeks the event was held, starting on May 28 and finishing with on July 16.

Winning the event and cashing in $10 million dollars was Hossein Ensan after beating Dario Sammartino a tough heads-up battle. A total of 8569 players paid the $10,000 buy-in to get a chance to walk away with this enormous purse, the second largest to this date. This is also why the event is considered to be in high regards like the NFL Super Bowl of poker tournaments in the northern hemisphere.

The second of the big three poker tournaments World Series of Poker Europe, an addition to the World Series of Poker brand that was created and added to the live tournament schedule in September, 2007. This year’s event concluded with the Main Event that saw 541 players paying the €10,350 entry fee, creating a first price worth €1,133,678 making this the second-largest main event in 12 years.

After a tough battle at the final table we saw the Greek player Alexandros Kolonias taking home the trophy after beating Claas Segebrech. However, this wasn’t what caught people’s attention the most, instead they were all focusing on the runner up in the WSOP Main Event, Dario Sammartino, who yet again made it to the final table. He couldn’t beat his 2nd place from Vegas, as he had to settle for 6th, walking away with €341,702 adding that to the $6 million received just a few months earlier.

The third and final major poker event held each year is the Aussie Millions, the southern hemispheres largest and most prestigious event, the Super Bowl of “down under”. The very first Aussie Millions event held at the Crown Casino in Melbourne, Australia went under the name Australian Poker Championship and was played in 1998. The event saw an A$1,000 buy-in which attracted a total of 74 players. During the 2018 version of the event, celebrating its 20th anniversary, organizers arranged several interesting events, alongside the main event including a whopping A$100,000 High roller buy-in event.

The main event that same year saw a record-breaking field of players attracting a massive 822 in total generating a combined prize pool of A$8,220,000 out of which A$1,850,000 would go to the winner of the event.

It took 5 days before a winner finally could be crowned, with Bryn Kenney bring it home. However, with just 3 players left in the event, the remaining players decided to discuss a deal, splitting the remaining prize pool between them and with that taking away the pressure but also speeding up the 3-way battle.

Instead of the 1,8 million, Kenney settled for A$1,27 which is also what Mike Del Vecchio walked away with while 3rd place finisher, Andrew Hinrichsen, cashed in A$1,079,739 just over A$400,000 more than what third place should have paid.

Next Aussie Millions is scheduled to start on January 4, 2020 and will be the biggest event to be held at the Crown Casino. A total of 23 events are planned, scheduled to be played over 21 days. The anticipated Main Event is expected to break all previous records.