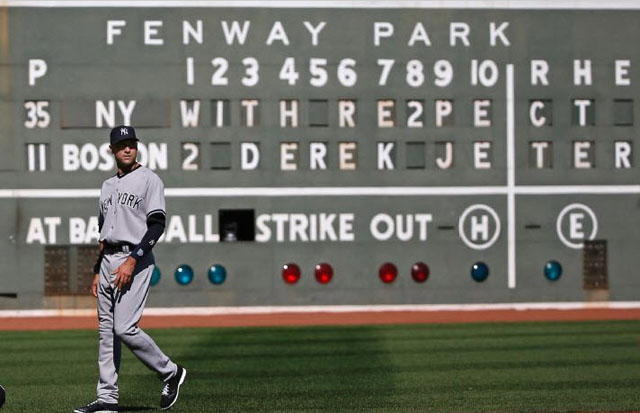 New York Yankees’ Derek Jeter walks on the field in front of a message to him on the Green Monster scoreboard at Fenway Park, prior to the Yankees’ baseball game against the Boston Red Sox, Sunday, Sept. 28, 2014, in Boston. It is the last baseball game of Jeter’s career.

If you hadn’t heard, New York Yankees shortstop Derek Jeter is retiring at the end of the 2014 season, which for his team, is today. So before his final game in the “rivalry”, the Boston Red Sox paid tribute to Jeter with a ceremony that only the Red Sox can do.