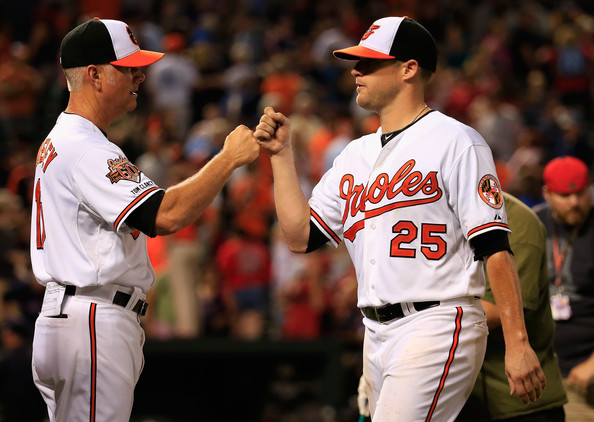 With every game played, it gets harder and harder to not compare this Boston Red Sox team to the one of 2012 that we all know was in the words of Charles Barkley, “turrible”. And while a certain part of the cast is the same, this is not the 2013 World Series Championship team by no means. This one lacks an identity.

They had lost 10 straight games, then reeled off seven wins in a row, then lost five in a row before winning on Sunday night. Then on Monday night against an AL East foe in the Baltimore Orioles kept them quiet as well.

Bud Norris allowed three hits over eight innings while the O’s offense had three home runs off of Jake Peavy in a 4-0 win over the Red Sox at Oriole Park at Camden Yards.

Peavy only needed 94 pitches to get through seven innings but basically three mistakes led to home runs by Adam Jones, Nick Markakis and Ryan Flaherty.

One thing is for certain.

If these guys don’t start picking things up, we could see the Red Sox as sellers and not buyers at the trade deadline.