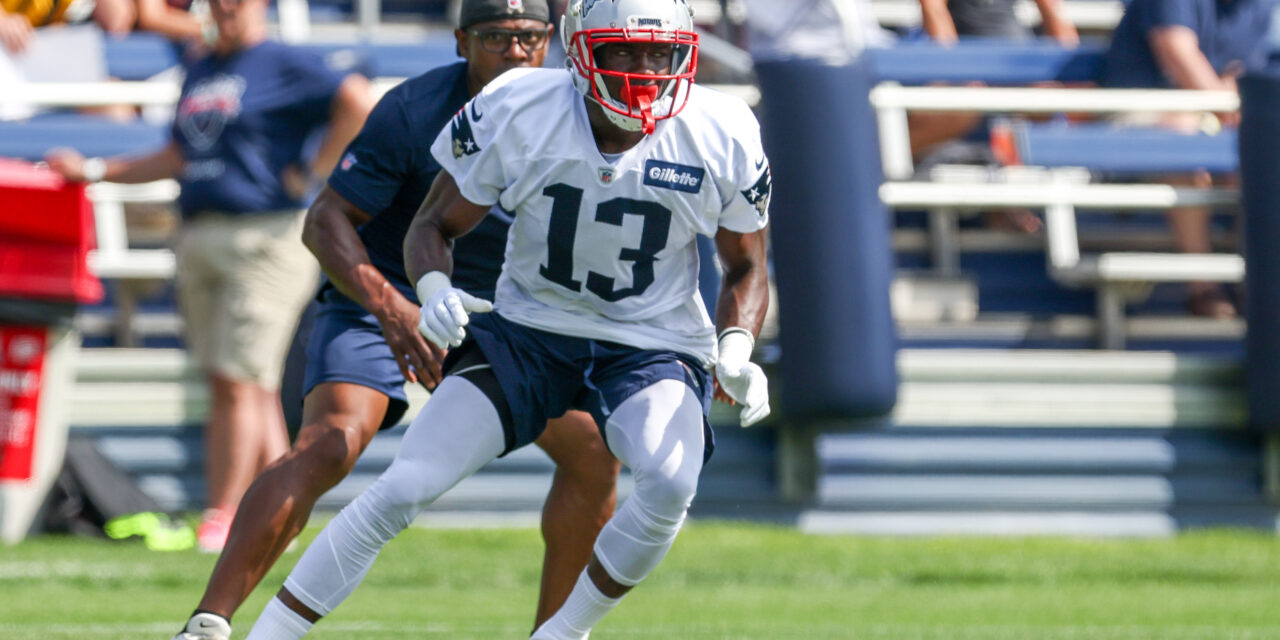 If you’re like us, you’re wondering a lot about the NFL season, but guess what? It’s back!

After finishing the inaugural post-Brady 2020 season at 8-8 and out of the playoffs for the first time since 2008, the question lingers, can the Patriots win without TB12?

2008 also coincided with the last time that Bill Belichek didn’t have the services of Tom Brady as he tore his ACL in the first quarter of the first game of the season, but with a whole year to plan and prepare, have the Patriots upgraded their roster enough to overcome the loss of their future hall of fame QB?

Training camp news has Cam Newton slightly ahead of rookie Mac Jones on the depth chart, but for how long?

More importantly, how does the talent around the quarterbacks position the team for success? After spending over $120 million in the first few days of free agency, the Patriots expect huge things from their recent acquisitions, especially at the wide receiver position.

With the recent retirement of Julian Edelman, the Patriots went into the 2021 season with a new identity of the wide receiver room.

In previous articles, we discussed division rivals The New York Jets and division champion Buffalo Bills receivers. Below we’ll take a look at three key acquisitions and their possible impact on the 2021 fantasy season.

Take a look at our projections before you conduct your fantasy football draft and utilize a fantasy mock draft to get your roster and pre-draft rankings in order to maximize your team’s potential for success.

After spending one year in Las Vegas, Nelson Algholor resurrected his career and earned himself a nice little payday to the tune of 2-years, $26 million from the Patriots. As part of the LV Raiders, Algholor played in 13 of 16 games, targeting 86 times for 48 catches, 896 yards, and 8 touchdowns, the most touchdowns since 2017, one year before he and the Eagles won the Super Bowl.

With a diminished Cam Newton at QB and an offensive system built around exploiting weekly matchups, expect Algholor to have some boom-and-bust value, placing him squarely into FLEX consideration. The speedy receiver will take the lid off the defensive secondary, opening up the lanes underneath Hunter Henry and Jonnu Smith for tight-ends. Tampered expectations of a 46 catch, 668 yards, and 4 touchdown stat-line are most likely.

Last season, the second-year pro Meyers saw 81 targets, securing 59 receptions for 729 yards with zero touchdowns. In fact, in two seasons, the quick Meyers has yet to score his first touchdown.

While training camp buzz surrounds the possibility of Meyers leading the receiver group, the starting slot receiver may suffer from the lack of opportunities with the 12-man personnel that New England will likely run. Still, the third-year man will have a chance to mirror his 2020 performance and is projected to have 45 catches with approximately 575 yards. The question is, does he finally break the snide and score some touchdowns? Probably not, honestly. The lack of a real passing QB, along with an offensive scheme built around running backs and tight ends, makes Meyers’ projection meek. These questions and lack of opportunity project Meyers as a waiver wire pick up for teams desperate in a bye-week scenario.

check out this site

Before coming to the Patriots in 2021, Bourne was drafted and played his rookie contract in San Francisco, where he put up career years for touchdowns (5) in 2019 and yards (667) in 2020.

Much of fantasy value comes from opportunity, and with the run-heavy Patriots, receivers are the third option in the offense behind running backs and tight ends. Unfortunately, the underutilized second wideout in the offense has a modest expectation of a lowly 31 receptions, 400 yards, and 3 touchdowns. Of course, that may change if Mac Jones starts at quarterback, but Kendrick Bourne should be an afterthought for any fantasy roster until then.

The offense for the Patriots will always drive fantasy owners crazy. But, gone are the glory days of Gronk, Edelman, Randy Moss, Brady, and RB James White delivering weekly. So for 2021, it’s better to pass on Patriots receivers for all things fantasy.