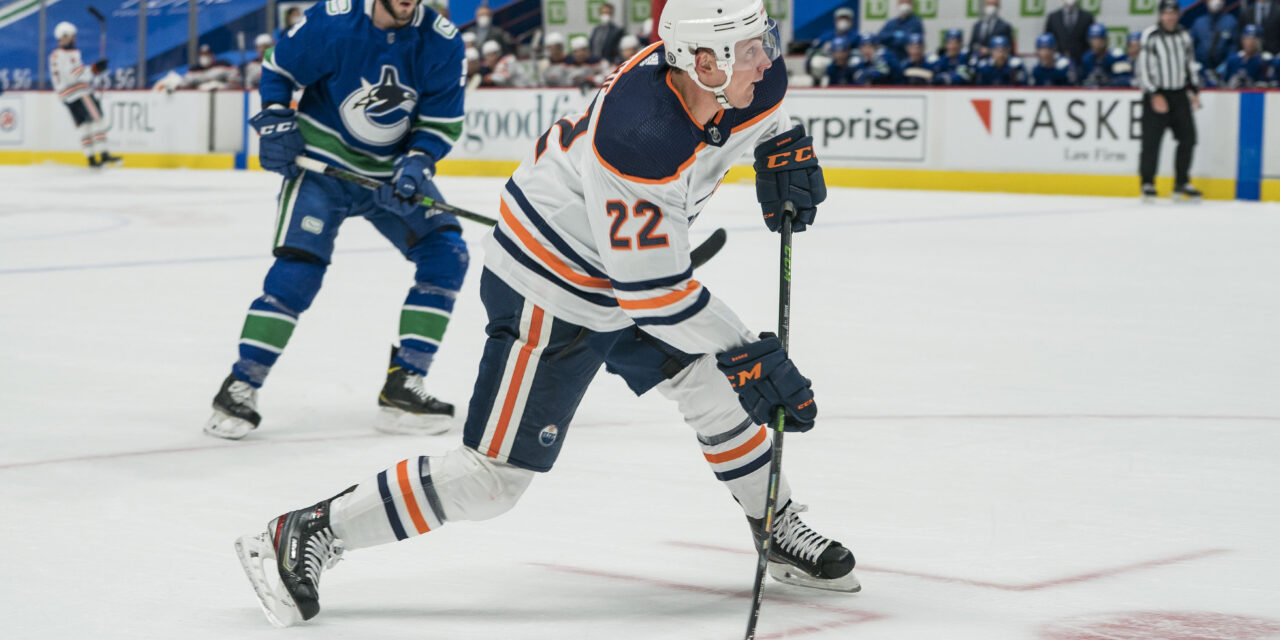 NHL top Hockey defenders are chosen by numerous criteria such as goals, assists, plus/minus, power-play points, shots on goal, and hits for skaters. Top defenders’ performance is measured on past production in the regular season and Stanley Cup Playoffs, defense pairs, power-play usage, injury history or concern, age, contract status, and overall upside for next season. Here is the list of NHL top hockey defenders based on points:

Barrie Tyson started his career in 2006 with Kelowna Rockets, however, most of his hockey race achievements in the NHL were under Colorado Avalanche and finally his big day came in 2020, when he signed as a free agent to a one-year, $3.75 million contract with the Edmonton Oilers. Barrie is the highest-scoring defenseman with 48 points last season and second in power-play points with 23.

Fox is an American professional ice hockey defenseman for the New York Rangers. The outstanding results for 55 games, accomplished season with 47 power-play points, bring him a second place in NHL top rating.

For a long time, Swedish origin, Hendman was the number one defenceman in the NHL. Hedman won the Conn Smythe Trophy as the most valuable player in the playoffs. In the hearts of many hockey fans, Hendam remains a number one player in the world. His 10 goals during the 2020 playoffs were acknowledged the third-most by a defenseman during a playoff year in league history.

Letang and Hendman have scored 45 points this season. A Canadian defenseman reached double-digit goals for the seventh time in 14 seasons, moreover, Letang has scored 537 points (127 goals, 410 assists) in 808 regular-season games and 80 points (21 goals, 59 assists) in 136 postseason games, which makes him a great competitor to his nearest rival.

Carlson was the runner-up for the Norris Trophy for 2019-20, as a highly-skilled defenseman, he had six assists in five postseason games. Moreover, Carlson is first among NHL defensemen in game-winning goals (six), second in power-play points (26; two goals, 24 assists), and tied for ninth in average ice time (24:38).

Makar has 44 points, equal to Carlson, with whom he scored four game-winning goals, had a plus-12 rating and averaged 21:01 of ice time in 57 games, third among rookies. The future shines bright for Makar who has renewed his contract with Avalanche for the next six years.

Petry scored 3 points less and has 42 points overall. At the dawn of his NHL career he was selected by the Edmonton Oilers in the second round, 45th overall, at the 2006 NHL Entry Draft, playing for the organization from 2010 until his trade to Montreal in 2015. The 2020–21 COVID shortened season proved to be Petry’s most productive to date scoring at a 0.78 pts/game pace for Montreal.

Theodore scored 19 points (seven goals, 12 assists) in 20 games to help Vegas advance to the Western Conference Final. He led the team in average ice time (22:14 per game) and power-play time (3:06 per game). Keep a close look at Theodore’s future achievements, he can catch the fortune unexpectedly.

The last but not least, in Top-10 NHL hockey players is an American-born Canadian hockey professional Jacob Chycrun. On April 4, 2021, Chychrun scored his first career hat trick – the third goal being the overtime winner – in a 3–2 victory against the Anaheim Ducks.

NHL popularity will only grow in the future, hockey players become more virtuous, hockey fans are the loyal audience and a pandemic situation makes us rethink our values and watch our favorite sports on TV regularly. In fact, it has become not only a stress relief for hockey fans but a source of generating income with free bets. Enjoy your top-NHL players and earn money while drinking refreshing beer on your sofa.