Washington Finally Out of the NLCS 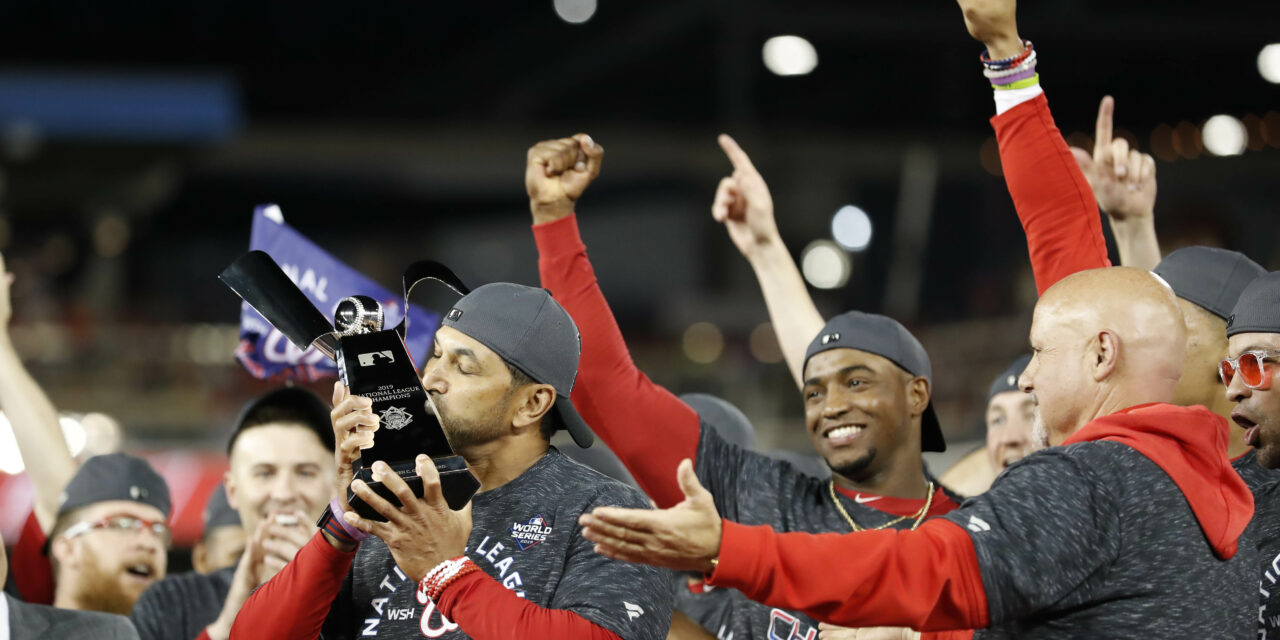 It took 86 long years, but the celebrating is on in the nation’s capital, as the World Series-starved fan base saw their team punch its ticket to the Fall Classic for the first time since 1933.

And not only did the Nats become the first team to qualify for a World Series berth this season, but they also managed to sweep the Cardinals, getting revenge for what happened roughly seven years ago and setting up fans with GambleRock World Series Odds to Win. In fact, the series often felt more like exhibition than postseason play, with the Nationals pitching setting the tone from Game 1 — beginning with Anibal Sanchez nearly completing a no-hitter. Veteran flamethrowers Max Scherzer and Stephen Strasburg simply kept the train moving in the right direction throughout the series, which gave the Nats a 3-0 cushion heading into Tuesday night’s game.

The Nats jumped out to a massive lead and coasted into the World Series with a 7-4 win. Fans at Nationals Park went nuts once the team clinched the NLCS title, and here’s how the final out sounded.

Scherzer and his teammates shared some special moments — both on the field and in the locker room — over the franchise tasting the sweet smell of success for the first time in nearly a century.

The celebration then spread to the locker room, where the team’s first overall pick in franchise history, Ryan Zimmerman, was getting it in with his teammates.

It’s been a crazy year for DC sports fans, with the Capitals having hoisted the Stanley Cup trophy just over a year ago, and the Nationals now just four wins away from matching that level of accomplishment. The Nats hope to bring another title to a city that had long been starved for one, but for now, they’ll await either the Yankees or Astros.

Nationals fans have been trolling the hell out of Bryce Harper since the team began postseason play, while his Phillies saw their disappointing campaign end after 162 games.

But that doesn’t necessarily mean he harbors any ill will toward them.

Harbor was asked about how he feels with the Nationals reaching the World Series for the first time in franchise history — a mere months after he elected to leave them in free agency, in favor of the Phillies. But he’s happy for them, or at least that’s what he told Jayston Stark of The Athletic.

“No,” Harper said, when asked if he was jealous of the team winning the NLCS. “You know, jealousy isn’t good. For me, it’s about having the gratitude to go out and do what I do each day and not having an attitude towards anybody else.

He also went on to say that he’s been watching the team closely during their playoff run.

“I’ve been watching a lot of it,” he said. “Those are the guys I played with and came through the organization with … I wish them nothing but the best. And that’s real. I have no hard feelings toward them, or (general manager) Mike Rizzo, or anything like that.

“You know, they’re a great team. And that’s why they are where they are.”

It’s great to see Harper saying all the right things, as it probably is a bit difficult to watch, given that the superstar slugger could’ve been there for their run, had he elected to re-sign withthe team.