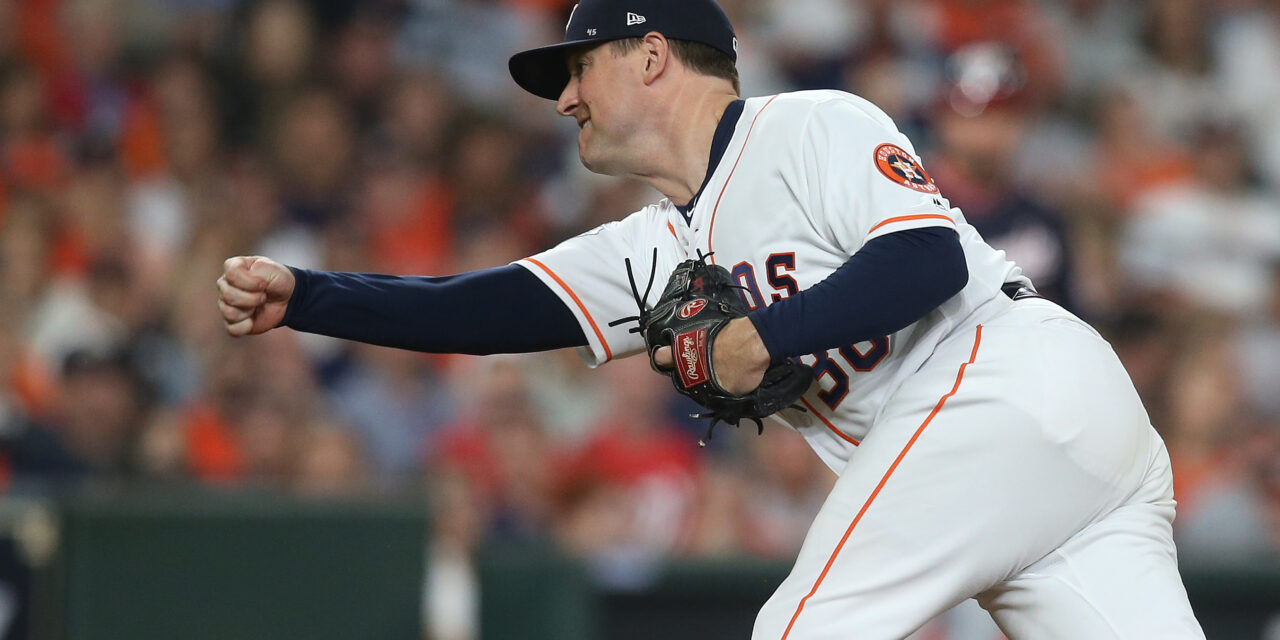 The time has come to look at the year in review and so, to cap off a brilliant regular season, here is a shortlist of the best and the worst pitchers from 2019.

It seems like pitchers are always evaluated by the same traditional metrics, such as win-loss record, ERA, WHIP, strikeouts per nine innings, and walks allowed per nine innings, a fact taken advantage of by those who had bet365 bonus code for NJ. We typically use SIERA to rank hurlers but opted for fWAR as a way to get a sense of a player’s overall value here.

Here’s the group that distinguished themselves on the bump this year.

Once the playoffs are complete, Gerrit Cole will become a very rich dude and may also have an AL Cy Young award to put up on his mantle. Of the four pitches he threw at least 200 times in 2019 (four-seamer, slider, curveball, changeup), none led to an opponent wRC+ higher than 75 and three of them (four-seamer, slider, curveball) produced a strikeout rate of at least 36.0%.

Speaking of Cy Young awards, Jacob deGrom may end up with those honors for a second straight year thanks to a ridiculous second-half surge. Entering the All-Star break, he owned a 3.27 ERA but finished the latter portion of the year with a 1.44 mark. This was accomplished by leaning heavily on his slider, which he threw 37.2% of the time. Over the course of the entire year, opposing hitters managed just a 39 wRC+ with a 33.7% strikeout rate and 18.7% swinging-strike rate against that offering.

If there’s anyone on this list that’s a surprise, it’d be Lance Lynn. The 6.8 fWAR he produced in 208.1 innings for the Texas Rangers is nearly as much as what he did in the three years prior (7.0 fWAR in 518.1 frames). After struggling to a 5.45 ERA through his first 34.2 innings in March/April, he stayed very consistent — he never finished another month with an ERA higher than 3.82 or lower than 2.90.

Max Scherzer gets some extra distinction here because he’s the only hurler in the above list to not crack the 200-inning mark, and he didn’t come close. This actually broke a streak of six straight years where he hit that particular mark, too. Scherzer has been with the Washington Nationals for five years now and has never finished a season with a strikeout rate below 30.0%. He’s also improved that number each year he’s been with the club, culminating with a single-season career-high 35.1% mark in 2019.

Gerrit Cole’s main Cy Young competition in the American League? That’d be his teammate, the age-less Justin Verlander. Outside of seeing a spike in homers allowed, his last two full season’s with the Astros have look awfully identical, and they’ve both been dominant. The righty had his own second-half surge that’s worth noting. After posting a 2.98 ERA, 31.5% strikeout rate, and 5.6% walk rate prior to the All-Star break, he came back and finished the year with a 2.06 ERA, 40.7% strikeout rate, and 4.2% walk rate over his final 96.1 innings.

It seems like pitchers are always evaluated by the same traditional metrics, such as win-loss record, ERA, WHIP, strikeouts per nine innings, and walks allowed per nine innings. We typically use SIERA to rank hurlers but opted for fWAR as a way to get a sense of a player’s overall value here.

Here are the five hurlers who struggled the most this year.

Mike Leake was putting together a solid, albeit unspectacular, season for the Seattle Mariners (4.27 ERA, 1.3 fWAR in 137 innings). Then he got traded to the Arizona Diamondbacks and the wheels fell off. His performance was worth -0.3 fWAR in 60 innings, which included nearly identical walk rates (3.3% to 3.1%) but a dramatic drop in strikeout rate (17.4% to 10.4%) and an equally dramatic rise in homers allowed per nine innings (1.71 to 2.25).

It’s not every day you see a pitcher with a 16-7 record end up on the “worst pitchers of the year” list, but that’s why we’re here with Dakota Hudson. There’s a huge discrepancy between his ERA (3.36) and SIERA (5.08), which is largely due to an elevated walk rate. It also wasn’t much different from the 15.3% mark he posted in ’18 through 27 innings pitched. His .274 BABIP allowed seems low given the 40.5% hard-hit rate allowed, but he balanced that out by leading qualified starters with a 56.9% ground-ball rate.

When compared to last year, the San Francisco Giants have to be ecstatic over the production they received from Jeff Samardzija in 2019. His performance was higher than replacement level, he stayed healthy for most of the year, and produced an impressive 3.52 ERA despite his peripherals saying otherwise. His home (3.55 ERA) and road (3.50 ERA) splits weren’t that different from a run prevention standpoint, either. The usage of his cutter went up significantly to 23.1% in 2019, which is the first time it’s reached that level since 2016. The 56 wRC+ and .581 OPs that offering produced are both new single-season career highs.

Jakob Junis managed a slight increase in fWAR (1.4 to 1.5) compared to last year despite a handful of fewer innings pitched. Unfortunately, his ERA didn’t have the same experience, as it jumped from 4.37 to the 5.24 mark seen above. Since making his big-league debut in 2017, Junis has watched his line-drive rate and hard-hit rate allowed increase each year, while his soft-hit rate allowed has decreased. They’re not overly drastic, but those aren’t the kinds of trends a pitching coach wants to see from a 27-year-old hurler.

This was the seventh straight year of Julio Teheran making at least 30 starts in a year, and the 33 he made in 2019 tied a career high. However, the 174.2 innings he tossed are the fewest of any year during the streak. His season-long walk rate settled in at 11.0%, which was the second straight year of it being that high. He only enjoyed one month where his walk rate came in below 10.7% (it was 5.7% in July). Teheran did see a significant improvement in the performance of his sinker — compared to 2018, the opponent wRC+ went from 61 to 48 while the strikeout rate went from 16.3% to 24.3%.