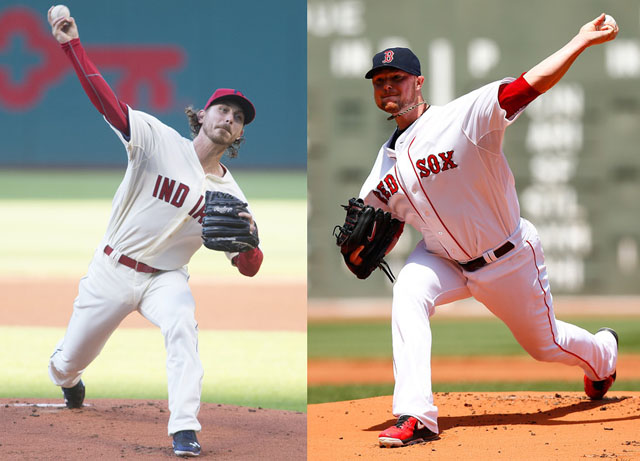 After going 2-7 on the nine game road trip, the Boston Red Sox return home for seven games where I expect they’ll go 0-7. In all seriousness, they’ll kick it off tonight with the first game of a four-game set with the Cleveland Indians at Fenway Park.

Josh Tomlin makes his seventh start (eight appearance) of the 2014 season for the Erie Warriors. In his previous seven appearances (six starts), Tomlin is 4-2 with a 3.12 ERA. He last faced the Red Sox in 2012 when he allowed seven runs in 1.1 innings of work out of the bullpen. He’s made four career appearances (three starts) against the local nine and is 1-1 with a 7.17 ERA. Two of those starts have come at the Fens where he is 0-1 with a 6.23 ERA (9 ER/13 IP).

Here is how the hitters have fared against the starting pitchers during the regular season over their careers.

More links (bolded) will be added if/when they become available so please check back often.

To open the links up in a new tab or window, use Control+click

David Ortiz on The Bradfo Show: ‘I only think about the Hall of Fame when you guys talk to me about it’ [full count]

Too early to count out defending Series champs [red sox]

Argue If You Want, But You’ll Be Wrong: The Ultimate Red Sox Roster Must Begin With … [touching all the bases]