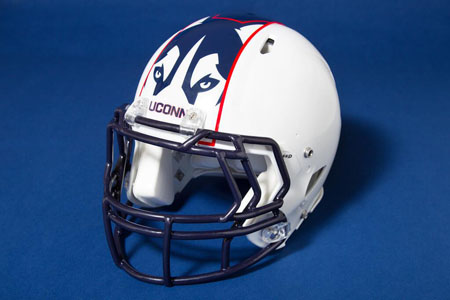 BRISTOL, CT AND PHILADELPHIA, PA (May 19, 2009) – Disney and ESPN Media Networks and Comcast Corporation today announced an agreement to add ESPNU to its Digital Classic level of service and ESPN360.com to Comcast.net. Comcast will launch ESPNU in a majority of its cable systems in time for the start of the college football season. This includes Comcast’s southern systems which will enjoy coverage of ESPNU’s new Saturday game-of-the-week Southeastern Conference (SEC) package. Comcast will also make ESPN360.com available to its high-speed Internet customers for no additional charge through Comcast.net, which reaches 17 million unique users per month, also in time for this year’s college football season.

With this agreement, ESPNU will have more than 46 million subscribers and ESPN360.com will be available to nearly 41 million homes, a majority of broadband homes in America.

“ESPNU and ESPN360.com have been growing in popularity due to the dynamic live-event programming we’ve been adding to them, and we are thrilled Comcast will offer them to their huge fan base,” said David C. Preschlack, executive vice president, Disney and ESPN Media Networks. “This agreement is a tremendous step forward in serving fans – both on television and online — while growing our collective multi-platform businesses.”

“Comcast continues to be the place for sports fans to turn to for all the college, professional and high school sports action they want – on television, online and on demand,” said Matt Bond, executive vice president, content acquisition for Comcast Cable. “ESPNU and ESPN360.com will add to the thousands of live sports events that fans already watch on Comcast today.”

ESPNU provides college sports fans with more than 550 live events annually and televises some of the top Division I conferences in the nation, including: the ACC, Big East, Big Ten, Conference USA, MAC, Mountain West, SEC, Sun Belt and WAC. The network also has a wide-ranging, long-term agreement with the NCAA that includes extensive coverage of 22 NCAA Championships, including sports from each of the three collegiate seasons.

ESPN360.com is ESPN’s 24/7 broadband sports network which offers more than 3,500 live, global sports events annually. ESPN360.com has grown to more than 41 million subscribers and is available nationwide. It has more than tripled its distribution in just two years. ESPN360.com is available at no additional charge through Comcast.net to Comcast High-Speed Internet customers. In addition, ESPN360.com is also available at no cost to approximately 18 million U.S. college students and U.S.-based military personnel via computers connected to on-campus educational networks and on-base military networks (those with “.edu” and “.mil” domains).

With ESPN360.com, Comcast.net customers will be able to catch sports action online all day and all night. Comcast.net offers extensive content with more than 130,000 videos from providers such as ABC News, CBS News, Fox Sports, Disney, E!, G4, The Weather Channel, CelebTV, and others. Comcast.net is one of the Web’s most visited and deeply engaging sites; 293 MM visits from more than 17.1 MM monthly unique visitors, consuming 4.3 billion page views (source: comScore, March 2009).

DIRECTV TO OFFER ESPNU IN ITS CHOICE PACKAGE

Disney and ESPN Media Networks and DIRECTV, Inc., today announced an agreement to widen its distribution of ESPNU to DIRECTV’s CHOICE™ programming package beginning July 1. ESPNU will now be available to more than 46 million college sports fans across the country. As part of the agreement, DIRECTV will also launch ESPNU HD by the end of the first quarter 2010. Additionally, ESPN Classic will be repackaged into the DIRECTV SPORTS PACK.

ESPNU provides college sports fans with more than 550 live events annually and televises some of the top Division I conferences in the nation, including: the ACC, Big East, Big Ten, Big 12, MAC, SEC, Sun Belt and WAC. The network also has a wide-ranging, long-term agreement with the NCAA that includes extensive coverage of 22 NCAA Championships, including sports from each of the three collegiate seasons.

“DIRECTV continues to offer the best sports programming to its customers,” said Derek Chang, executive vice president, Content Strategy and Development, DIRECTV, Inc. “By expanding the distribution of ESPNU, we take that commitment to another level for all college sports fans across the country.”