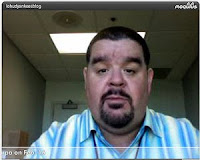 New Bedford, Mass. native and New York Yankees beat writer Peter Abraham is leaving his post at The Journal News after nearly 10 years and taking on every Boston sports journalists dream, being the newest recruit at The Boston Globe covering the Boston Red Sox.

Abraham announced the news on The LoHud Yankees Blog around 7 p.m. Thursday night and said that it was not an easy decision for him.

From his blog: “But it wasn’t an easy call. I have literally not slept for 48 hours pondering this decision. The Journal News has treated me better than I had any right to expect and tried very hard to convince me to stay. I also really, really love covering the Yankees.”

Abraham will not only write about the Sox in print, but also blog on Boston.com. At The Journal News he covered the Yankees and New York Mets. Prior to that, he was the beat writer for UConn basketball for The Norwich (Conn.) Bulletin for 13 seasons. The UMass-Amherst graduate got his first gig part-time at The Standard Times covering high school sports back in the day.

That is actually very interesting, a Mass. native who loves covering the Yankees and will now be covering his hometown team. What will readers think of this?

And if Abraham is coming aboard, does this mean someone else is leaving?

Certainly it can’t be Nick Cafardo or Tony Massarotti.

My bet is Adam Kilgore because I doubt they are creating another new position unless things are being shift around because of the latest departure in Mike Reiss.

I guess we will see within the next two weeks.

It’s been quite the changing of the guard over the last year and a half at the Globe. Here are all of the big moves since April of 2008:

New England Patriots Mike Reiss – leaves Globe goes to ESPNBoston.com That’s what happens when you intern during all of this, you actually remember it all unfolding in front of your eyes and continue to cover it afterwards.

Amanda Bruno is a freelance sportswriter for The Springfield Republican and also writes weekly features for the Plus Papers on Wednesdays. She also writes over at Batter-up with Bruno where she shares her thoughts about the Boston Red Sox and the Boston sports media. You can follow her on Twitter @batterupbruno and can reach Amanda through email at brunosportshawk [at] gmail.com.