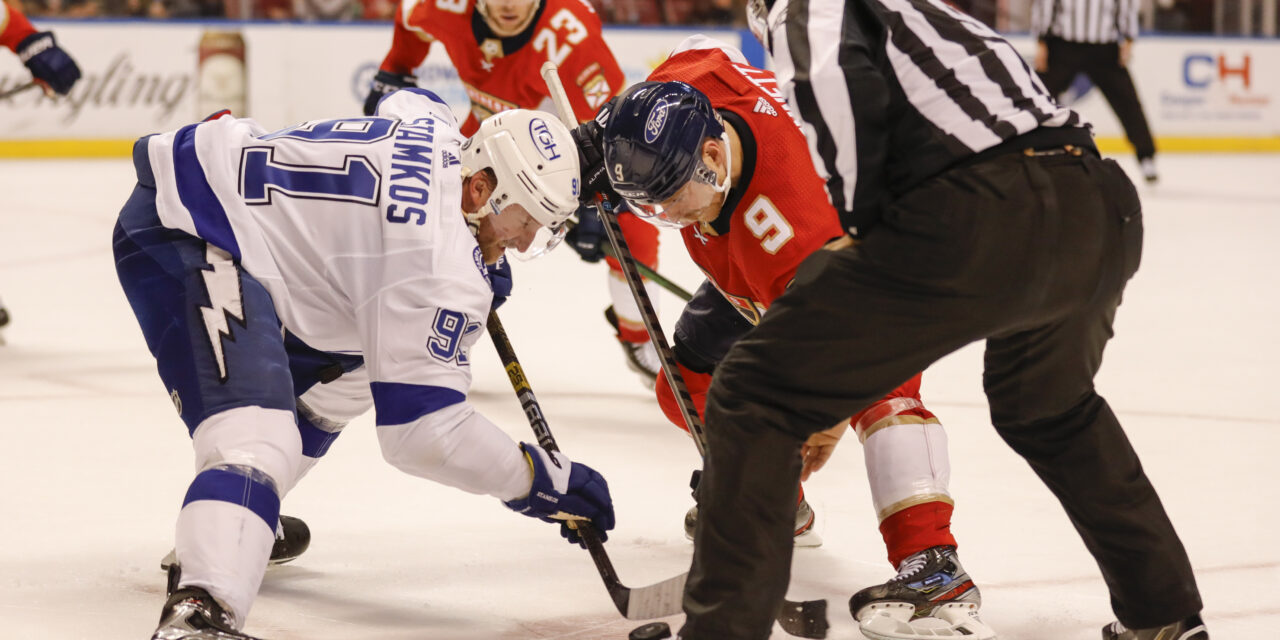 Defending Stanley Cup champions, the Tampa Bay Lightning will be looking to advance to the second round of this year’s NHL playoffs in game six on Wednesday.

Jon Cooper’s side currently lead the Florida Panthers 3-2 in the best-of-seven series but suffered a heavy 1-4 defeat in the last match.

Rookie goaltender Spencer Knight pulled off 36 saves in his first playoff start as he now has a 5-0 start to his NHL career. The 20-year-old shone in the upset victory over the Lightning on Monday despite conceding the opening goal of the game after just 53 seconds.

Knight is expected to start in game 6 too but would be a huge shock if the rookie could continue his momentum against one of the pre-season favourites. Tampa Bay need to win either of the last two matches to progress in order to live up to their expectations.

Sportsbooks currently have the defending champions down at 8/1 to repeat last year’s Stanley Cup success. That makes them just the fifth favourites to go all the way, according to odds with 22bet.com.

A 6-2 victory in game 4 had given the Lightning a 3-1 lead in the series but fans may be a little more nervous now following Florida’s most recent performance and victory.

Here are three keys for Tampa Bay to advance in game 6:

The Lightning took too many penalties in game 5, which has been a common theme for them so far in the post-season. Whilst they may still progress from this series even if they don’t cut them down, it’s difficult to see them going all the way again this year if it’s not sorted out soon.

The early momentum they had from the opening goal against Florida was soon wiped out as they found themselves on the penalty kill too often.

Get Out of Neutral

Tampa Bay create a lot of chances by flying through the neutral zone and catching the opposition defense on its heels. That was rarely seen after the opening period on Monday night as a result of too many penalties.

Credit must go to Florida too for jamming up the Bolts in the neutral zone time and time again. If they can do that for two more games, then they may very well be able to pull off an upset.

As for the Lightning, they need to get back to what they’re best at and utilising their speed that will lead to sticking the puck in the back of the net.

The Bolts had all the momentum in the first period of game 5 but despite scoring in the opening minute they failed to double their lead despite a further 21 shots on target during the opening 20 minutes.

Facing a 20-year-old goaltender making his NHL playoff debut and only the fifth game of his career, they may have been surprised not to see Spencer Knight rattled. Cool heads need to prevail in game 6.