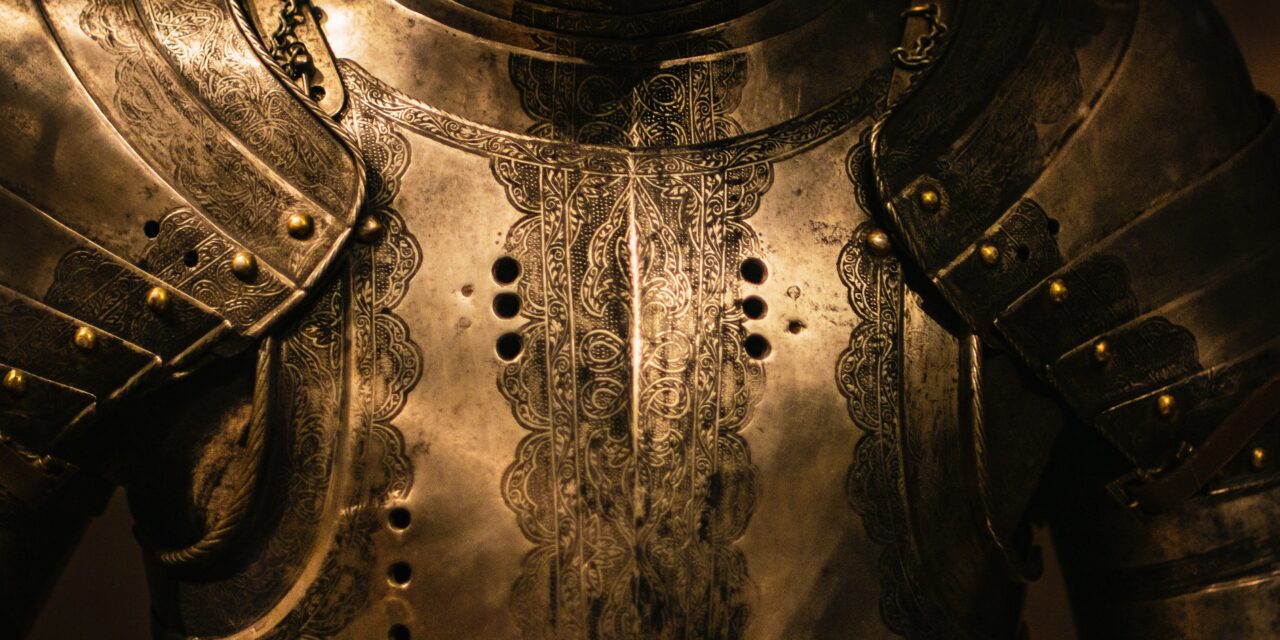 When we think of the Medieval era (c. 500 CE – 1500 CE), it often conjures up images of peasants wearing dingy clothing, short life expectancy, and generally brutish behavior. But far from simply working until they keeled over, Medieval people led varied and vivid lives, which involved significantly more travel, leisure and fun than we might expect

In no field of human experience is this more true than the world of sports. Medieval sports are sometimes familiar to us – like the stick-and-ball game of ‘colf’. But others are alien, if not even revolting to us today – cockfighting, bear-baiting were the sports of a people with a much more visceral connection to mortality than we have today. Those ‘sports’ can stay happily consigned to the dustbin of history. The Medieval game of ‘fute-ball’, ‘gameball’ or just ‘ball’ is simultaneously intensely familiar, in its intoxicating rush and feats of skill – but also a world apart, being anarchic and violent, even to the extent that elites worried it would upset the social order!

Both soccer and American football have a long history in Medieval Europe – their divergence into two separate sports can be traced back only as far as the 19th century. The nebulous Medieval game of ‘ball’, which birthed both modern sports, is far older: its organic evolution goes back at least as far as the 9th century CE. Far from the highly regulated and professional game that it is today, Medieval football was an anarchic riot, played exuberantly to the delight of onlookers.

It is likely that the Romans brought the game of harpastum to the British Isles with their colonization from the 1st century CE onward. Although the rules of harpastum remain fairly obscure, it seems to have involved ‘seizing’ the ball from one’s opponents, and was frequently very violent: legendary Roman physician Galen recommended it for its utility in training one how to wrestle! But if anything, harpastum is likely a very distant ancestor to modern football. The post-Roman forms of ball game played in Western Europe are fairly obscure – these fall into the period known (controversially) as the ‘Dark Ages’, our understanding of which is plagued by a frustrating lack of written sources. The Welsh historian Nennius, writing about 828 CE, provides us with the first reference to ball games in Early Medieval Western Europe; he refers to a group of boys who are ‘pilae ludus’, literally ‘playing at ball’.

Football in the High Medieval Age

As High Medieval Europe (c. 1000 CE – 1250 CE) came of age, so too do our historical sources: wealthy, developed kingdoms began sporting a significant literate class who communicated with one another, and bureaucracies that wrote historical information down. This is invaluable for trying to divine the cultural history of the past. The writer William Fitzstephen, who was the biographer of Thomas Beckett, wrote a magnificent description of 12th century London, describing how the market workers and apprentices would come out from their medieval shops to play football :-

Elder men and fathers and rich citizens come on horseback to watch the contest of their juniors, and after their fashion are young again with the young; and it seems that the motion of their natural heat is kindled by the contemplation of such violent motion and by their partaking in the joys of untrammeled youth.

Again, it is tricky to divine the exact rules or goals of these games – if indeed there were any – because references to ‘ball’ or ‘gameball’ are rare and often only tangential. It seems that the games had no specific team size, often being made up of dozens of players on either side. As well, the ‘pitch’ we know today was non-existent: goals were often at least a mile apart, with the large opposing teams bundling the ball by whatever means was necessary over rough ground to score. It seems from Fitzstephen’s description that Medieval people were just as captivated by ball then, as we are today!

But the High Medieval sport of ‘ball’ was not a peaceful affair. Court rolls from 1280 CE detail of a case in which a man was killed from an accidental knife-wound during a football clash. Clearly this was not an uncommon occurance, as in 1321, the Pope actually granted a special dispensation to absolve Canon William de Spalding of killing another man in exactly the same manner!

However, from the 15th century onward, elites began to see football as a social problem to be stamped out. In 1331, King Phillip VI of France outlawed the foot-ball game of la soule. Scotland followed suit in 1404 (the law for which contains the earliest known reference to ‘fute-ball’). In the 1360s, Edward III of England banned football, not least because he felt that it detracted from his laws ordering all men to practise archery in preparation for his wars against France. Large groups of working-class people, gathered together in one place, tended to give wealthy feudal elites the jitters!

But football clearly remained irrepressible. Henry VIII ordered his own pair of football boots in 1526 – though his son Edward VI banned it (again), citing the fear of social disorder. It is from around this era that the oldest surviving football was discovered – found in 1981 at Stirling Castle, it was discovered wedged between roof timbers, doubtless feeling that anyone who’s lost their ball will sympathize with. As the modern era dawned, mass football waned with the onset of industrialized society with a whole new set of social relations, and it became gradually codified into the very gentle and non-knife-bearing sports we know today.

But you can still see Medieval football played in the 21st century! The Royal Shrovetide event in Ashbourne, UK is an annual game of mass football that has been played since at least the 12th century. The spectacle of thousands of players piling into the town center for the ‘toss-up’ kick-off is an awe-inspiring sight.