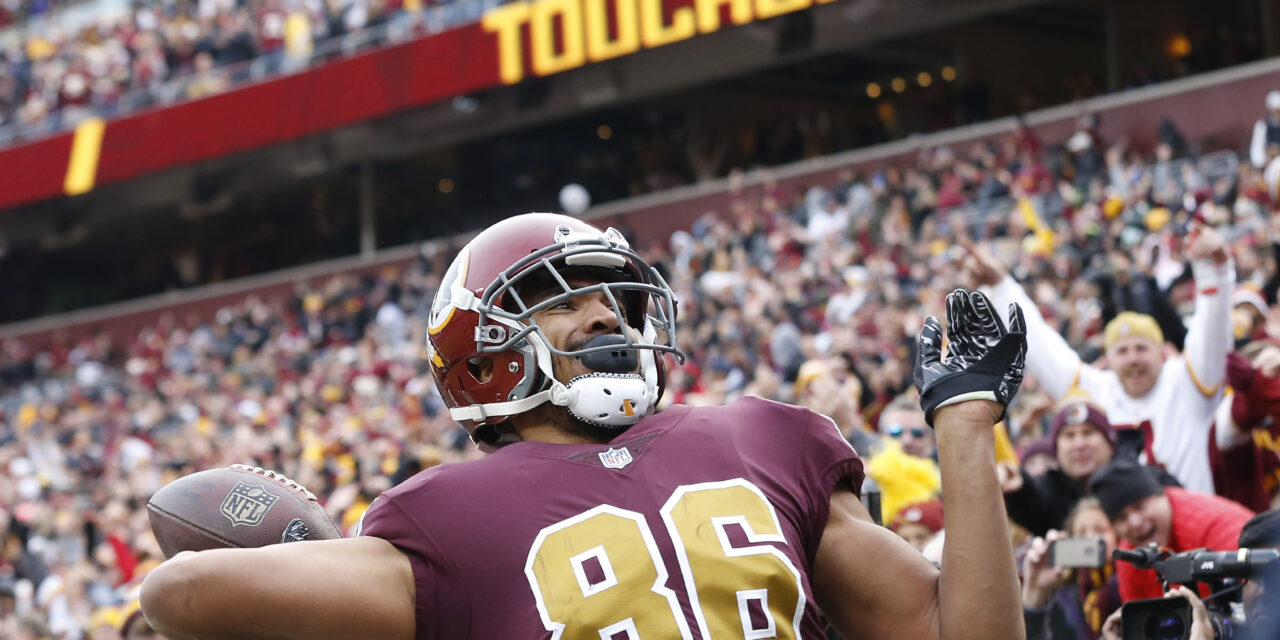 Having scouted the market for a potential tight end player, San Francisco 49ers have now agreed on a one-year contract with tight end Jordan Reed, according to ESPN‘s Adam Schefter.

According to the report, the deal is said to be heavily incentive-based due to the seven concussions Reed had that led him to miss the entirety of 2019 and one more might just be putting an end to his professional career. While being healthy will see him make the Niners offense more dangerous to their opponent than it was last campaign, with www.bestunitedstatescasinos.com offering some interesting odds regarding the player’s contribution to the match.

The 30-year-old tight end star was formerly regarded as one of the most dangerous tight end in NFL from 2015 to 2016. He was able to catch 153 passes, registering 1,638 receiving yards and bagged 17 touchdowns in those two seasons. In comparison to George Kittle, who has only scored 12 touchdowns in his entire career, Reed is way more deadly.

But in the past three campaigns, the 30-year-old star has only been able to play 19 games. Even with the short time he has appeared in games, he didn’t show a sign of a player being sidelined instead of being effective. In his entire career, statistics have shown that Reed has caught 73.8 percent of the passes that have been played in his path.

Being an expert creating an opening in the middle, Reed has always been an agile and slippery player. He should have no problem fitting in with Jimmy Garoppolo when he gets through the training camp.

The San Francisco 49ers have been on the market scouting for a second tight end all offseason, as they were rumored to be interested in signing Evan Engram from New York Giants and Austin Hooper from Cleveland Browns. Through this, we were able to understand that the 49ers are still in the market and are looking bring in two more tight end player to the team this season, following the loss of wide receiver Emmanuel Sanders, with Deebo Samuel being doubted to miss the first month of the campaign having acquired a broken foot. Real money online casinos are also offering odds with respect to players making the team for a match.

The Niners are in need of prolific pass-catchers, and Reed is an excellent one at that, considering he has caught 446 passes.

The 49ees have brought in three players this season, with Reed being the third player to be drafted by Washington with left tackle Trent Williams and right guard Tom Compton being the other two to be signed.

With Kyle Shanahan being the offensive coordinator, fans will be looking forward to how Reed will perform for the team this season. Shanahan has always been known for the loyalty he shows to the players he drafted in Washington and Atlanta.