Orsillo & Remy To Get Mid-Season Vacation

This just in from NESN:

Jerry Remy and Don Orsillo will each get a week-long break this season, consistent with what many regional sports networks do for their MLB broadcast teams. The schedule for Remy and Orsillo is listed below: 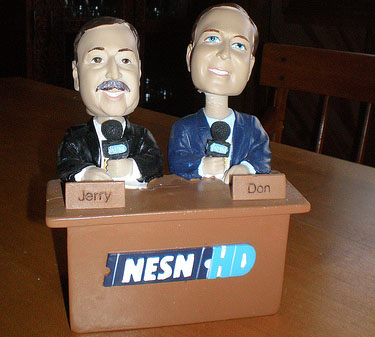 Dennis Eckersley will fill in for Remy on the west coast road trip to Oakland and Seattle and for one game in New York on Friday, June 27th (Saturday & Sunday games in NY are on FOX and ESPN respectively). Remy will return to the booth on Monday, June 30th.

Jon Rish (former WEEI radio host and play-by-play announcer) will fill in for Orsillo during the three games in Houston before the All-Star break and the first two games against Kansas City at Fenway Park after the break. Don Orsillo will return to the booth on Sunday, July 20th.