The Wildcard Race and 5 Teams to Watch 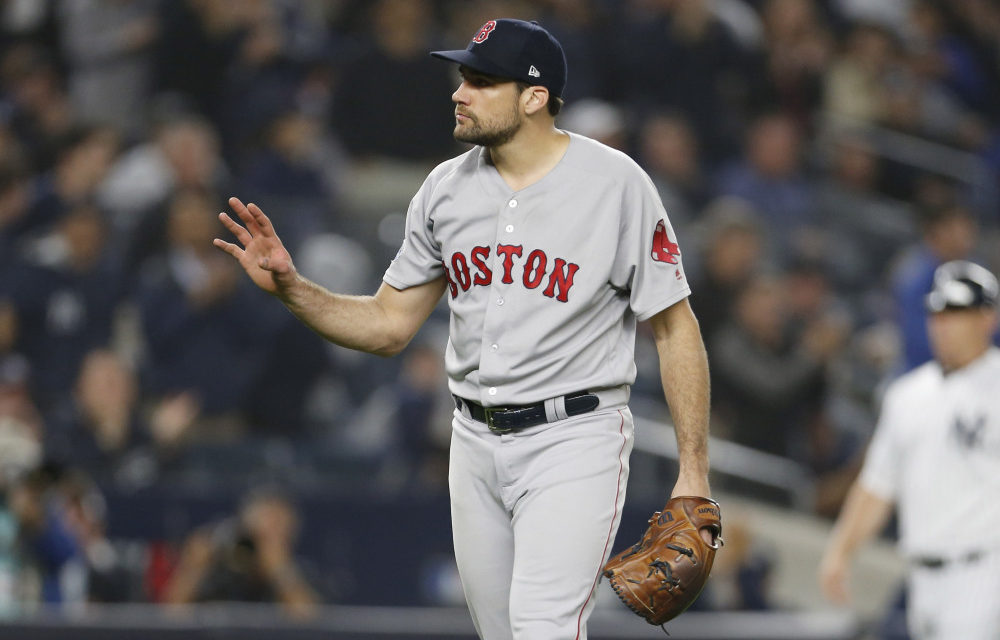 Regardless of expectations, just about every MLB club is always fighting for a chance to punch a ticket to the playoffs. We’ve taken that data and put it up against current playoff odds to see who has taken the biggest climbs and the greatest falls.

These odds should be taken with a small grain of salt because of one word… October. However, it’s interesting to note how drastic of a change can happen so late in the season.

All numbers on playoff odds are sourced from ESPN.

The only time Boston was under .500 last year happened on Opening Day when they lost to the Tampa Bay Rays. They went on to win 17 of their next 18 games, and the rest was history. But this year? The Red Sox have had to fight to get and keep themselves over .500.

Both sides of the ball have struggled to start 2019, but it’s the pitching staff that’s really been their downfall. David Price and Hector Velazquez are the only two of three hurlers with at least four starts who own an ERA south of 5.00. And although things have gotten a little better lately, Chris Sale has been the poster child for these struggles. Boston fans are anything but deterred as there has been a surge of online betting statistics, as well as some interesting promotional codes like on sites like DRF Bets bonus code, that indicate that the true blue (or should I say, red) don’t believe their team is out of contention.

It’ll be interesting to see how if the Red Sox can kick it into high gear as they currently look up at the New York Yankees — who have performed well despite an incredible number of injuries — and the Rays. Their chances of clinching a wildcard victory are still good because of how the rest of the American League has played out, but it’s going to be a lot harder for them than many initially thought.

In what was anticipated to be a deep and competitive National League East, the Nationals have been viewed as the overwhelming favorites. The race has been tight, and remains so, but the nationals have thrilled fans and won over critics, eeking by the Cubbies with only 1 more win in the regular season:

Washington was hit with the injury bug a bit — they missed Anthony Rendon, Trea Turner, and Juan Soto for considerable periods of time during this season.

The bullpen had it’s struggles early on. Their 6.41 bullpen ERA and collective 64.1% strand rate were both the worst in baseball, along with an 11.3% walk rate that’s among the league’s 10 worst ‘pens.

So much for early season slumps. The Nationals turned it around and are leading the charge headed into October.

The A’s are likely still basking in the glory of Mike Fiers’ second career no-hitter, as long ago as that seems. It didn’t completely erase a 17-21 start to this season, which had them in the AL West basement.

The Houston Astros, as expected, took the division once again, and they’ve only strengthened their playoff odds since Opening Day (currently 99.9%). However, Oakland seemed to have a chance in the Wildcard according to ESPN’s algorithms with only the Tampa Bay Rays and the Cleveland Indians out in front of them.

As expected, the only real threat to Cleveland was the Minnesota Twins leaving this writer to join the bandwagon of Drew Carey Show fans in chanting, “Cleveland Rocks!”

While the roster did go through some weird changes during the winter, the Indians’ dominant starting rotation remained intact. Trevor Bauer and Shane Bieber have been solid, but Corey Kluber and Carlos Carrasco both kept ERAs over 5.00. With odds in their favor, Cleveland is out for an interesting Wildcard run.

The Twins were a team we called out at prior to Opening Day, and their early-season performance certainly helped their chances of getting to October. The rotation performed quite well with Jose Berrios leading the way, but a revamped offense with a different approach has also been eye-opening.

There’s not much left to be said except, we’ll see you in the playoffs.

The Red Sox and Yankees were initially expected to duke it out for the AL East crown, and they each entered 2019 with payrolls north of $200 million. Meanwhile, the Rays held on to second place despite opening the year with a payroll south of $70 million.

Tampa Bay has been solid offensively, but it’s the starting rotation that’s truly hit another level. Blake Snell followed up his Cy Young performance with another terrific start, while Charlie Morton brought his success from Houston over to the Sunshine State, and Tyler Glasnow has opened some eyes himself.

The AL East was a compelling race to watch, and if the Red Sox can get themselves in gear, it’s a very real possibility that Boston, New York, and Tampa Bay could reach October this time around.