MLB Players Up for Big Paydays 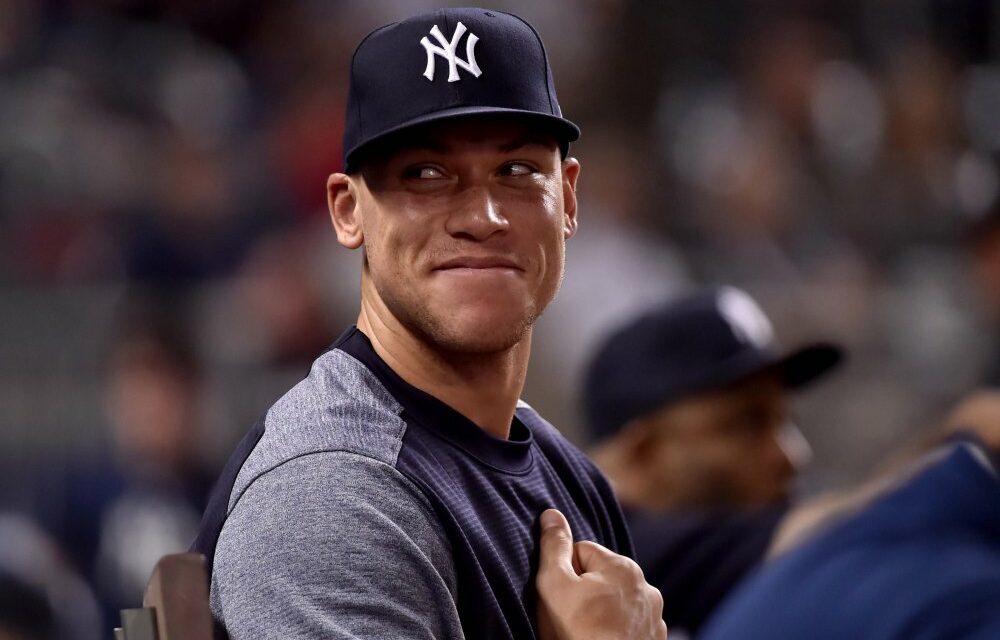 It took longer than anyone would’ve expected, but 26-year-old outfielder Bryce Harper and his agent, Scott Boras, got the record-setting payday they were searching for.

As virtually everyone is aware of by now, Harper is a Philadelphia Phillie after signing a 13-year, $330 million contract. This deal includes a no-trade clause, which isn’t shocking, but it also doesn’t include any opt-outs, which is typically a staple for Boras clients. It turns out the left-handed slugger didn’t want one. Heck, after going through a long and drawn-out free-agent process this past winter, who could blame him?

He just barely beat out Giancarlo Stanton’s 13-year, $325 million contract that he signed with the Miami Marlins back in 2014. And while the ink has barely dried on Harper’s new deal, the record he just set probably won’t stand for very long. Baseball fans are already making wagers about the next big baseball moves on bet-michigan.com and other online sports books.

The following eight MLB players have, at the very least, a chance of surpassing that $330 million benchmark. In some cases, it will be more of a no-brainer than others — and this is by no means an exhaustive list — but the conversation is valid to a degree for all of them.

Um…duh. Trout had to be mentioned first on this list because it would’ve been disrespectful if he wasn’t. Mere days after Harper’s deal with the Phillies became official, Ken Rosenthal of The Athletic reported that the Angels have considered offering the face of their franchise a 10-year, $350 million deal.

Based on what Trout has accomplished since 2012, this offer feels like more of a starting point than an end point. He’s racked up seven All-Star Game appearances, six Silver Slugger awards, the 2012 American League Rookie of the Year, and two AL MVPs. Oh, and five other top-five finishes in MVP voting (four second-place finishes).

As we mentioned in an article from earlier this winter, the best way to show how much better Trout has been than the rest of baseball is by looking at his fWAR. Here’s an excerpt from that piece:

Entering 2019, his fWAR is 16.9 wins greater than Joey Votto. The distance between Trout and second place is the same as it is from second place to 18th place, which is where Freddie Freeman is taking up residence (30.8 fWAR).

Trout will be pushing 30 years old if Los Angeles doesn’t lock him up prior to his walk year, and teams are more averse to these kinds of contracts for the second half of a player’s career. However, there are no signs of Trout slowing down — he’s actually getting better in some respects.

Losing Harper to a division rival certainly stings, but it’s not as if the Nationals aren’t expected to contend for a postseason spot this year. The presence of Juan Soto is a big reason for this, and Washington would’ve been a lot worse than its 82-80 record last year without him.

Every number from Soto’s stellar rookie campaign is impressive, whether it’s the 3.7 fWAR, 146 wRC+, or .923 OPS. However, his 16.0% walk rate is easily the most eye-popping of all. It’s not every day we get to see a then-19-year-old rookie show off that kind of plate discipline. His 21.9% chase rate would’ve ranked 12th in baseball had he qualified for the batting title. He actually finished just a hair beyond some fellow named Mike Trout (21.8%).

There’s still plenty of work ahead for Soto as he prepares for his sophomore season. But still, it’s hard to not be making comparisons with Harper, who was the Nats’ last 19-year-old superstar. If Soto can find a way to keep progressing, Washington may have another big contract decision to make in a few years with, yup, you guessed it — another Scott Boras client (at the moment, at least).

Putting Bryant on this list is one of the riskiest calls based off the 2018 he just had and the fact that he’s currently slated to hit free agency at the age of 30. His prior track record is sparkling enough to withstand one tough year that was slowed by a shoulder injury, though.

The third baseman already has an NL Rookie of the Year Award, two All-Star Game appearances, an NL MVP, and of course, a World Series title to his name since debuting in 2015. Despite not displaying his typical power last year (13 homers and .188 ISO in 457 plate appearances), he still managed to produce a 125 wRC+ and 2.3 fWAR.

While he missed 60 games in ’18, Bryant’s 23.1 total fWAR since the start of 2015 is the best among all third baseman. He’s also only three months younger than Nolan Arenado, who just cashed in on a huge payday from the Colorado Rockies. Bryant still has some time before hitting the open market, but 2019 will be crucial to how the rest of his tenure with the Cubs goes.

Can he bounce right back and prove he’s still worthy of such a huge financial commitment? His 1.160 OPS through 17 spring-training at-bats tells us that will probably be the case. A key for the soon-to-be 28-year-old is his quality of contact. After posting hard-hit rates of 37.5% and 40.3% in his first two big-league seasons, that number decreased to 32.8% and 31.2% in the last two.

Judge is even more of a borderline case here because of his age. He’s the same age as Harper and Machado, yet isn’t set to hit free agency until the 2022 season is done (his age-30 campaign). That alone may prevent him for getting $330-plus million, but his potential production could sure make it an interesting debate.

Injuries limited him to 27 homers in 498 plate appearances last year. If he stepped into the batter’s box closer to the 678 times he did as a rookie, though, he could’ve had a shot at another season of 40-plus homers. The 2019 campaign will be crucial for Judge because it’s his platform year before heading through the arbitration process.

If he can stay healthy and put up more monster numbers, one has to imagine he’ll break some kind of record for a first-time arbitration-eligible player. That’s especially the case since he’s not a one-dimensional slugger — he’s been worth at least 5.0 fWAR each of the last two seasons with a wRC+ of at least 140, along with 23 total Defensive Runs Saved as a right fielder during this time.