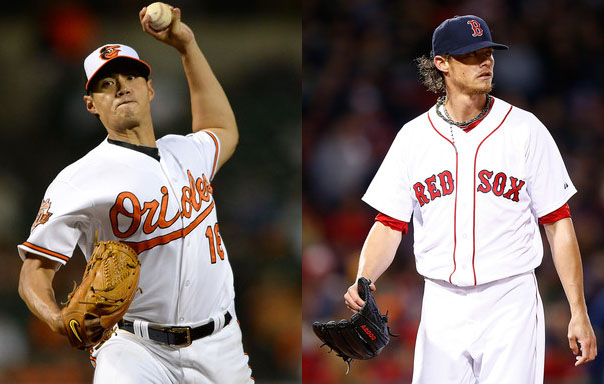 After winning a wild and crazy game on Sunday night, the Boston Red Sox look to make it three wins in a row today in the finale of a four-game set with the Baltimore Orioles at Fenway Park.

First pitch is scheduled for 11:05 a.m. The game will be broadcast on NESN in the Red Sox television market. If you live in the Orioles market, you can catch the game on MASN.  If you don’t live in either market you’re in luck as the MLB Network will have coverage of the game as well. And if you can’t catch the game on television, you can always listen on the 2014 Red Sox Radio Network.

Here is how the hitters have fared against the starting pitchers during the regular season over their careers.

More links will be added if/when they become available so please check back often.

To open the links up in a new tab or window, use Control+click

Early start on day of remembrance in Boston [red sox]