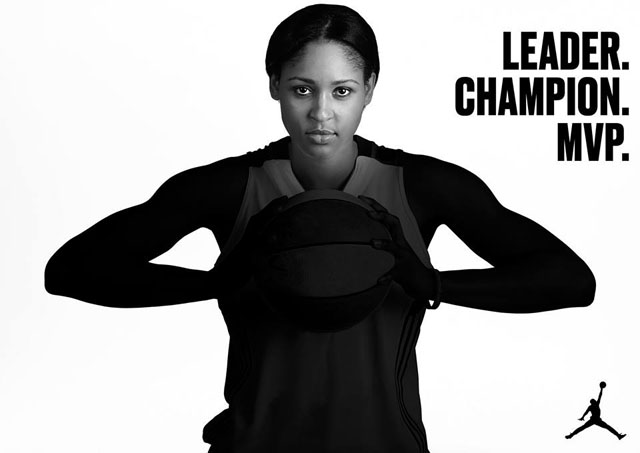 Former UConn Huskies All-American Maya Moore picked up a big honor on Thursday as she was named the 2014 WNBA MVP.

Here’s the full release from the WNBA:

NEW YORK, Aug. 21, 2014 – Maya Moore of the Minnesota Lynx has been named the 2014 WNBA Most Valuable Player presented by Samsung, the WNBA announced today. Moore received 371 points (including 35 first-place votes) from a national panel of 38 sportswriters and broadcasters.

This year marks the first season that Samsung, an official WNBA marketing partner, is serving as the presenting partner of the WNBA’s highest individual honors. The WNBA Performance Awards presented by Samsung program includes the WNBA Most Valuable Player, WNBA Most Improved Player, WNBA Sixth Woman of the Year, WNBA Defensive Player of the Year, WNBA Rookie of the Year, and the WNBA Players of the Month and Rookie of the Month awards.

For Moore, the reigning MVP of the WNBA Finals presented by Boost Mobile and the league’s 2011 Rookie of the Year, this is the first regular-season MVP honor of her career. The University of Connecticut product and two-time WNBA champion finished as the runner-up to Candace Parker in MVP voting a year ago and finished fourth behind winner Tina Charles in 2012.

This season, Moore guided the Lynx to a 25-9 record and the Western Conference’s No. 2 seed for the playoffs, despite the club being without injured All-Stars Rebekkah Brunson and Seimone Augustus for 23 and nine games, respectively.

The WNBA’s top draft pick in 2011, Moore opened the 2014 season by scoring 135 points over her first four outings, marking the most prolific four-game scoring stretch in WNBA history. With that effort, the fourth-year pro became the first player in league history to post four consecutive games of 30 or more points after pouring in 34 points at Washington; 33 vs. Connecticut; a then-career-high 38 at Tulsa; and 30 vs. New York. She went on to finish the regular season with a league-record 12 games of 30-plus points, topping the previous mark of 10 set by Diana Taurasi in 2008.

Moore had perhaps her best outing of the season in a 112-108 double-overtime win over the visiting Atlanta Dream on July 22. In the victory, Moore tallied a career-high 48 points, marking the second-highest single-game total in WNBA history. Four games later, in a 84-75 victory at Tulsa on Aug. 2, Moore posted 40 points to break the league record for the most 30-point games in a single season.

In honor of being named the WNBA Most Valuable Player presented by Samsung, Moore will receive $15,000 and a specially-designed trophy.

Below are the voting results of the 2014 WNBA Most Valuable Player presented by Samsung and a list of past recipients: