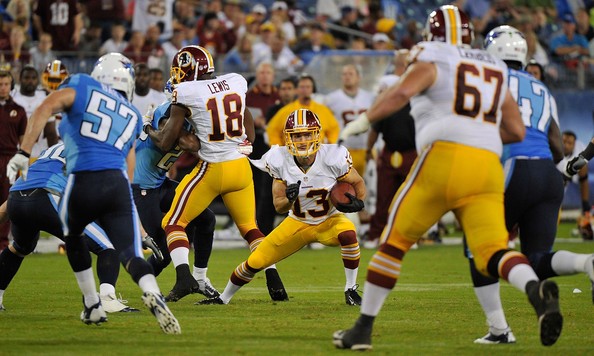 Nick Williams #13 of the Washington Redskins makes a reception against the Tennessee Titans during a preseason game at LP Field on August 8, 2013 in Nashville, Tennessee.

Former UConn Huskies WR Nick Williams was one of the final cuts by the Washington Redskins on Saturday. But it turns out, he wasn’t out of a job long as the Redskins signed him to their 10-man practice squad.

Williams was signed by the Redskins in May 2013 as an undrafted college free agent out of UConn. He played in five games for the Redskins last season, returning nine kickoffs and one punt, while also scoring the first points of his career on a two-point conversion Week 11 at Philadelphia.

This preseason, Williams caught six passes for 59 yards and a team-high-tying two touchdowns.

Former Husky Will Beatty Gets Paid