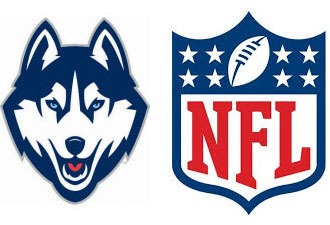 Unless something changes before the NFL opening week games coming up starting on Thursday, the UConn Huskies football program will have 16 former players gracing NFL rosters across the league.

The decision of Smallwood to leave UConn early didn’t quite work out the way he had hoped.

He ended up being drafted in the seventh round by the Falcons after injuring his hamstring during the 2014 NFL Combine. I don’t know whether or not that played a role in him not making the roster in Atlanta but one thing is for certain, at least in my opinion.

Personally, I think that he was given some bad advice by someone some where along the line. He would have benefited by using up all of his eligibility at UConn first, especially under this new coaching staff.