Yesterday we looked at the AL Central, Sunday was the NL West, Monday was the AL West, Tuesday we previewed the NL Central and today it’s the NL East.

The NL East has two guys managing their first full big league seasons in Matt Williams (Washington) and Ryne Sandberg (Philadelphia).  Both had distinguished MLB careers, Williams as a third baseman with the Indians and Diamondbacks and Sandberg had a Hall of Fame career with the Cubs, although he played 13 big league games with the Phillies.  Can that success as players translate to the dugout? The organizations hope so as Washington is trying to rebound and Philadelphia is attempting to regroup.  Atlanta will be solid as always but lacking a true ace in the rotation it may be hard to keep up while Miami and New York look for improvement on the field. 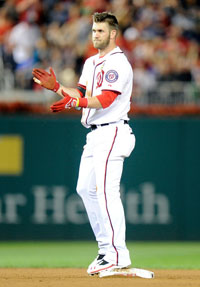 The Nationals have this two-year window on the players under contract before a bunch of them become free agents.  Look for them in the next two seasons to do whatever they can to get to the World Series. They have a very good rotation, one of best in baseball, a solid bullpen and lineup with nice balance and good defense. They faltered early last year and the playoff push fell short after a wonderful 2012.  Look for a year in 2014, in which they rebound and make a serious championship push. 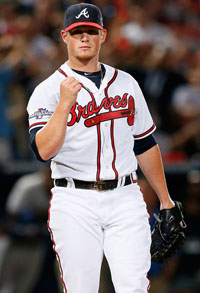 Last year despite the disaster that was B.J. Upton the Braves won the NL East.  It will be hard for them to repeat again in 2014 with two good Upton’s as B.J.’s younger brother Justin returns for a second year with the club as well.  Dan Uggla is a weight around their neck at second and they are counting on Evan Gattis to replace Brian McCann who left for the Bronx.  Gattis has the bat the question is his defense.  As always the pitching in Atlanta will go a long way toward carrying them.  They now have the new best closer in baseball in Craig Kimbrel, the dude is flat out nasty but the rotation lacks a true ace and that will hold them back.

Several spring injuries in the starting rotation, Kris Medlen (possible TJS), Mike Minor and Brandon Beachy have made them look for some extra depth. The day before this was scheduled to be published they signed SP Ervin Santana to a 1-year/$14 M contract. 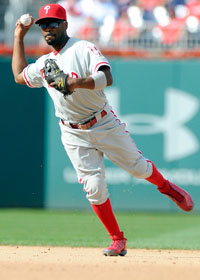 If you listen to closer Jonathan Papelbon there’s a leadership issue in the clubhouse in Philly and no true leader has been identified.  With the signing of Roberto Hernandez (nee Fausto Carmona) I’m not sure they can identify the players. The revolving outfield continues this year, the starting pitching is older and not as deep as it once was and 3/4 of the infield is suddenly old.  New manager Ryne Sandberg who took over last August needs to make an impression and give this team an identity besides old and whiney. Luckily their top two prospects are pitchers and both are in Triple A and could make some impact this year.

* Hamels will start season on DL look for Roberto Hernandez to fill the slot until his return. 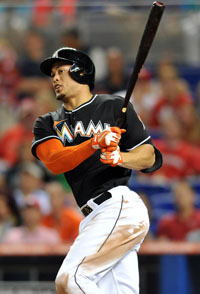 The one thing you can say about the Marlins is change is ever present. In come FA’s C Jarrod Saltalamacchia, 3B Casey McGehee, 2B Rafael Furcal and 1B Garrett Jones. Among the players moved out were 1B/LF Logan Morrison to Seattle and CF Justin Ruggiano to Chicago (NL).  With Furcal and SS Adeiny Hechavarria the middle infield is solid defensively, outfield is pretty good, starting pitching is extremely young and they hope Salty can add some leadership and the championship pedigree from Boston. 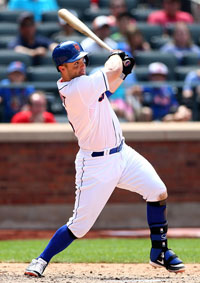 I’m not sure what these guys are doing.  They signed FA’s LF Curtis Granderson, SP Bartolo Colon and RF Chris Young to go with 3B David Wright.  They lost their best starter Matt Harvey to Tommy John surgery in October and this squad just underwhelms me.  They have their top two prospects targeted for break out years in C Travis d’Arnaud and RP Zack Wheeler but after that the next best prospect for the franchise is in AA.  This team is a basement dweller again and is ripe to be blown up and soon.

Tomorrow, in Day 6, we will preview the AL East.