Yesterday we looked at the AL West and we started on Sunday with the NL West, today it’s the NL Central.

This division was one of the most difficult to pick because the top three teams are very good.  Like 2013 we should see all three battle the entire season and quite possibly take 3 of the 5 NL playoff spots between the division champ and the two wild card teams.  Last year St. Louis claimed the division, while Pittsburgh and Cincinnati were the NL wild card teams.  Baseball is rejuvenated in the NL Central thanks to those three teams who should be perennial playoff teams for the next few years at least.  If you’re a fan of the Brewers things may be starting to look up a bit.  Cubs fans I’m afraid you’re going to have to wait a while longer for your team to crack the upper echelon of this division.  There’s two new managers in the division after Cincinnati felt Dusty Baker couldn’t get them over the hump, and in Chicago, they replaced a poor fit in Dale Sveum.

Last year I went Cincinnati, St. Louis, Pittsburgh, Milwaukee and Chicago.  Look below this year to see how I think it will play out in 2014. 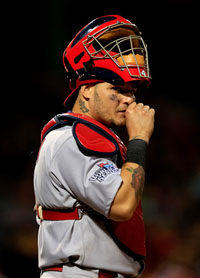 The Cardinals are the defending Nation League Champions having lost to the Boston Red Sox in the World Series for the 2nd time in 10 years and no one should expect them to go away.  This Cardinals team despite trading away David Freese and losing Carlos Beltran to free agency and Chris Carpenter to retirement, just keeps reinventing themselves year after year.  They are extremely deep with pitching, and potent with the bat. They should be good defensively even with a reconfigured infield that see’s the addition of Kolten Wong and PED poster child Jhonny Peralta.  The only weakness I see is the bench and unless one or more of those guys is pressed into everyday service they should be just fine in the NL Central.  Their pitching makes them the class of the division and along with the Dodgers one of the best teams in the NL. 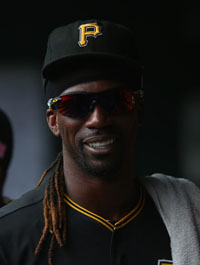 They stopped the streak at 20. After 20 consecutive non-playoff seasons and 20 seasons without a NL MVP, the Pittsburgh Pirates and CF Andrew McCutchen stopped both streaks dead in their tracks. Baseball has returned to the ‘Burgh in one of baseball’s best parks and they were a lot of fun to watch in 2013.  Now Clint Hurdle needs to continue to build on that momentum and take them not only back to the playoffs but further.  There’s no reason this team can’t play for the NL Pennant in 2014.  My only concern is they seemed to really stand pat in the offseason. I’d have loved to see them get an additonal starating pitcher, a stronger RF or 1B candidate and possibly near the deadline they will. 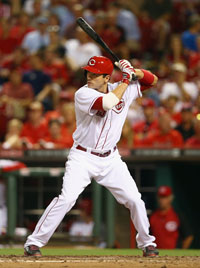 The Reds should compete once again for the division and wild card berth and will do so every year for the next several years.  They have a solid core of young players, good veteran’s and a new manager who comes from a pitching background and a staff that has a style that fits well with the make up of the club. They like the Pirates did very little in the offseason and they really want to improve on their post season experience after they were disappointed with the one and done wild card game loss to Pittsburgh.  They have some questions in LF as well as up the middle in CF and C and because of this I have them third in the division. 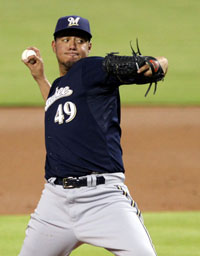 Ryan Braun, the former MVP, liar and admitted PED user returns with a clean slate and for Brewers fans hopefully a clean pee test in 2014.  The Brewers need him for a full season badly as he adds the big bat in the order, but without the chemicals we need to see how good the wood will be.  Milwaukee did solidify their starting rotation when in late January they went and signed FA Matt Garza who will pitch behind Yovani Gallardo.  A couple things really stand out with this team. The rotation is all right handed and there’s barely a left-handed bat (3) to be found on the projected 25-man roster (no switch-hitters). That lack of flexability for Mgr. Ron Roenicke to mix/match in late innings could spell disaster. 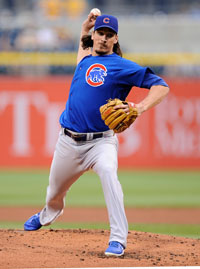 Year Three of the “Theo Epstein Project” (that should be the name of his band) and now the Cub faithful are starting to get restless and introducing “Clark the Cub” didn’t help matters.  Then they lost out on Masahiro Tanaka and people are getting grumpy again on the North Side.  The Ricketts family has money to spend and they are doing things in and around historic Wrigley Field except pulling that prized free agent that opens the floodgates for others to follow.  Epstein along with GM Jed Hoyer are working feverishly to build the farm system but even that was worse than they originally thought.  Chicago has a good MLB core of SP Jeff Samardzija, 1B Anthony Rizzo, 2B Darwin Barney and SS Starlin Castro. Here’s hoping former UConn Husky 3B/OF Mike Olt gets to make a difference with Chicago in 2014.