Yesterday we looked at the NL Central, Sunday was the NL West, Monday was the AL West and today it’s the AL Central.

Detroit is the class of the division and has been the last couple years and will be again in 2014.  Last season we saw the resurgence in Kansas City and Cleveland start to pay off as the Indians were a wild card team and the Royals hung in well into September. For the third consecutive season there’s a new manager in the division and this time it’s in Detroit who had to replace the retired Jim Leyland. After losing in the ALCS to the Boston Red Sox manager Jim Leyland decided to walk away after 8 years in Detroit.  While unable to win a title in that time he did lead the Tigers to two World Series appearances.  Taking over is Dartmouth College grad and CT native Brad Ausmus who is considered one of the top young baseball people in the game.  The Tiger lineup has a few changes with Prince Fielder in Texas as Ian Kinsler came over in the deal, back-to-back AL MVP Miguel Cabrera moved from 3B to 1B and the left side of the infield is young with 3B Nick Castellanos and SS Jose Iglesias. The rotation is top notch as they had another AL CYA winner in Max Scherzer and the backend issue has been solved by signing FA closer Joe Nathan. The Royals contended in 2013 nearly to the end before falling off and I expect the same this year as they and the Indians will battle for second in the division and one of the two AL Wild Card spots.  Kansas City strengthened the rotation by adding Jason Vargas and bringing back Bruce Chen and the top of the order by adding Norichika Aoki and Omar Infante.  Billy Butler could find himself as deadline bait should they need an arm or a bat.  Kansas City and Cleveland are really kind of 2A and 2B in this division and closer to Detroit than to Chicago and Minnesota. 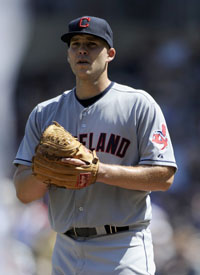 The Indians made a nice run in 2013 earning a wild card in the first year under Terry Francona.  Now they need some more of that magic and for the pitching both in the rotation and the bullpen to help carry them.  They could probably use another big bat in the middle of the lineup and may peddle SS Asdrubal Cabrera in a package to try to get one near the deadline because prospect SS Francisco Lindor appears ready to make the jump.  The Indians surprise move of the winter is they’ve announced they are moving Carlos Santana, one time catching prospect, from the DH/1B slot to the teams every day 3B. Really. With that I’d imagine they will try to get 43 year old Jason Giambi into the lineup more regular as the DH. Does this really make them a better team? 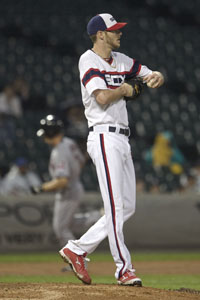 The White Sox made an effort this off season to strengthen the corners of the infield by signing Cuban FA 1B Jose Abreu and getting 3B Matt Davidson a former 1st round pick from Arizona for RP Addison Reed.  They also changed their CF by getting Adam Eaton in the three way deal with the Diamondbacks and Angels that saw Mark Trumbo and Tyler Skaggs switch uniforms too.  So Rick Hahn has injected 3 good young players into the lineup and if the bullpen performs as it did last season, they could see an improvement in the standings. 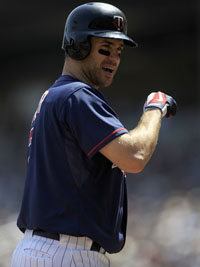 The Twins have a beautiful ball park and some loyal fans and they’ll need both to continue to draw because if they don’t get big contributions from free agent signees SP Ricky Nolasco and SP Phil Hughes, they will sink and quickly.  They only have 2 prospects at AAA but one, SP Alex Meyer, has a chance to be a starter and you could see him by June.  After that 6 of the remaining Top 10 are High A level ballplayers or lower, so help from within isn’t coming anytime soon.  They’ve also moved All-Star and batting champ Joe Mauer from C to 1B and brought in Kurt Suzuki to catch. Suzuki is above average but he isn’t Mauer in any aspect of his game.  The move should help keep Mauer healthy which is the most important thing for the Twins.

Tomorrow, in Day 5, we will preview the NL East.