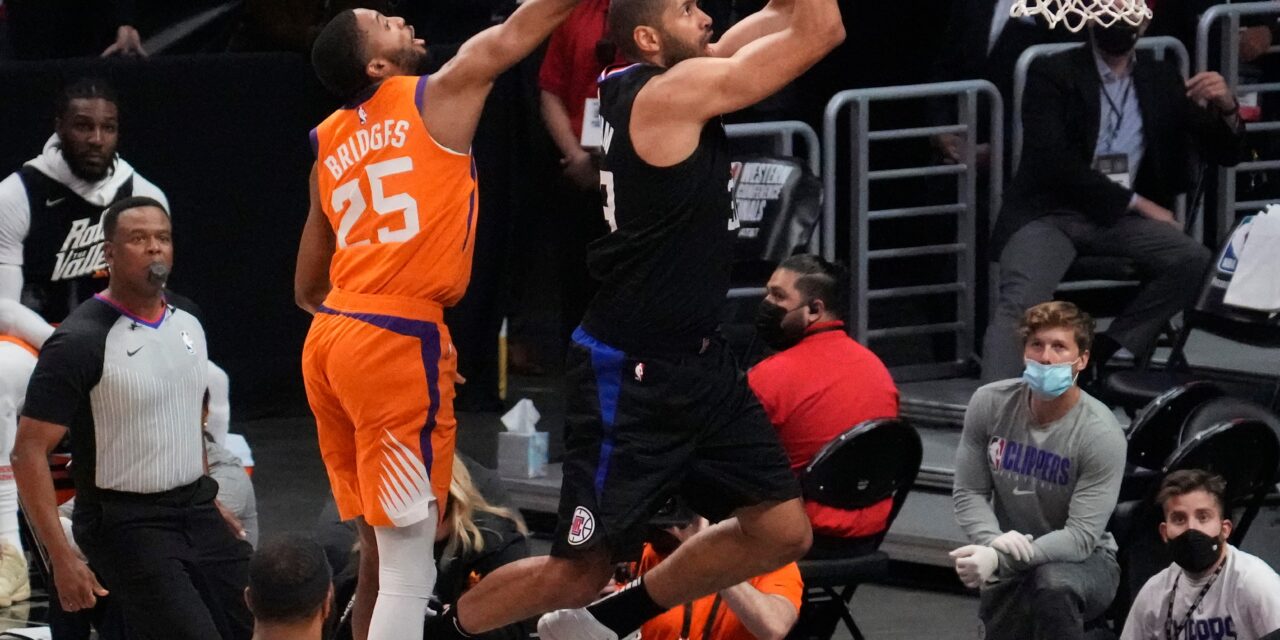 While the NBA’s top scorers make the biggest headline, any coach will tell you how important shot blocking can be to winning games and championships. Blocked shots not only prevent the opposing team from scoring, but they can change the momentum of a game and either get the crowd into the game or take them out of it, depending on which is the home team.

Here is a look at the top four shot blockers in NBA history:

Gilmore was a dominant shot blocker with the ABA’s Kentucky Colonels before joining the NBA where he continued to be a big defensive presence.

The 7’2” big man was an 11 time All Star and was named to the NBA’s All Defensive Team five times during his time with the Chicago Bulls and San Antonio Spurs.

Gilmore had an incredible five blocked shots per game in his rookie season in the ABA and later led the Colonels to an ABA title.

Gilmore was inducted into the Basketball Hall of Fame in 2011 and finished his pro career with 3,178 blocked shots.

Mutombo made his reputation as the best shot blocker of his generation while playing for six NBA teams. He totaled 3,289 blocked shots in 20 NBA seasons.

The native of the Democratic Republic of the Congo became famous for shaking his finger at players after blocking a shot and he has turned that gesture into a lucrative feature in television commercials.

Mutombo led the NBA in blocked shots three times and was on the All Defense Team for six seasons. He was inducted into the Basketball Hall of Fame in 2015.

While Kareem was known for his sky hook and scoring prowess, he was also an outstanding shot blocker. The 7’2”, New York City native was one of the most dominant players in the NBA in the 1970s and 80s.

Abdul-Jabbar led the NBA in blocked shots four times but in his first four seasons, blocked shots were not even an official league statistic. Officially, Kareem has 3,189 career blocked shots but when you add the other four seasons in, his actual total is undoubtedly higher.

Abdul-Jabbar was a 19-time All Star and six-time league MVP. He was inducted into the Basketball Hall of Fame in 1995 and is considered one of the greatest players in the history of the sport.

“Hakeem The Dream” spent 18 seasons in the NBA and blocked 3,830 shots over the course of his career. The Nigerian native was a 12-time All Star and led the NBA in blocked shots three times.

At seven feet tall, the former University of Houston star was able to dominate games under the boards and on defense. He was a nine-time All-Defensive Team selection and averaged almost 22-points per game for his career.

Olajuwon was inducted into the Basketball Hall of Fame in 2008.